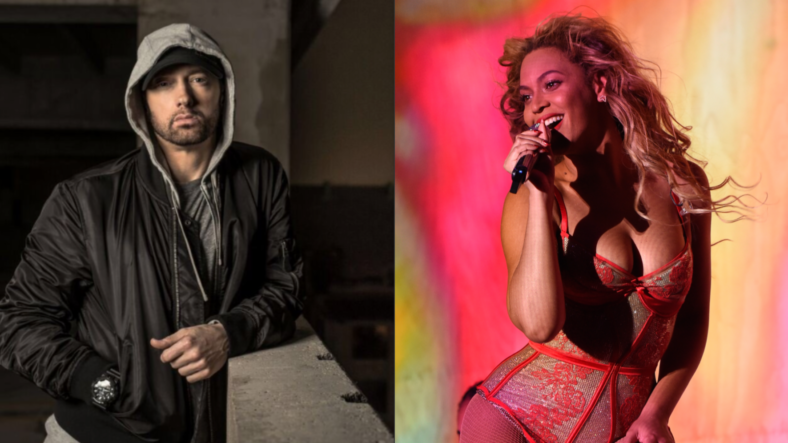 Eminem just dropped a new track, “Walk on Water,” the first release from his forthcoming album, Revival. Listen to it above.

Beyonce kicks off the ballad with a powerful chorus as the perfection-obsessed rapper crumples pieces of paper in the background before spitting introspective rhymes in the verses.

The instrumentation is uncharacteristically simple. Except for gentle kicks from a bass drum during the bridge, the duo is accompanied only by a piano and sparse orchestral strings.

A taste of Marshall’s cocky alter ego, Slim Shady, emerges in the last line when DJ scratches replace the accompaniment.

We’ll see what else Eminem has in store when Revival drops November 17.