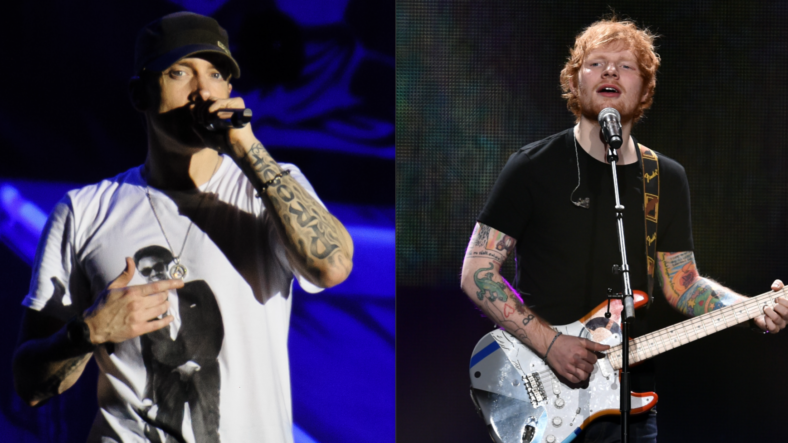 Eminem has given fans one more taste of Revival with a new track featuring Ed Sheeran.

The subject of “River” is darker than “Walk on Water” or even the racially-charged “Untouchable.” British singer-songwriter Sheeran kicks off the track with a somber melody before the superstar rapper tells the story of an ill-fated relationship.

Sheeran previously spoke with Billboard’s Kevan Kenney about recording his parts for “River” in March of 2016 while at actor Russell Crowe’s Australian farm.

“I get an email from Paul Rosenberg, Eminem’s manager, and he said, ‘We’re gonna start putting the album together, send any ideas,’” Sheeran recalled.

Over a year later, in May of 2017, Sheeran heard secondhand from one of Eminem’s producers that the rapper had recorded verses for “River.”

If you dig it, then pick up a copy of Revival, out now.