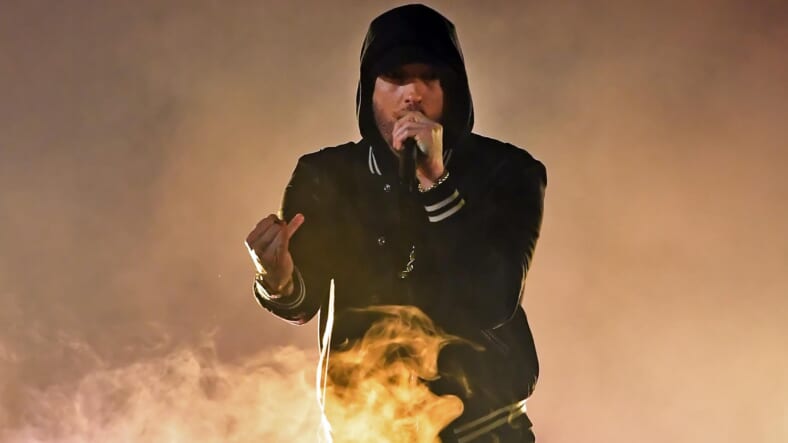 Eminem has suddenly been everywhere lately, from dropping a surprise No. 1 album Music To Be Murdered By to a surprise performance of “Lose Yourself” at the Oscars. Now the veteran rapper has thrown down the gauntlet and challenged fans to match his freakishly fast flow on “Godzilla,” which recently broke a world record for speediest rap verse.

“Who can spit it?” Em asked in the caption of a video of himself lipsynching to the third “Godzilla” verse, which drops a mind-boggling 224 words and 330 syllables—or a record-breaking 10.65 syllables per second. Em also teased that he has “prizes” for his favorite contestants, though no word yet on what those might be.

“Fill ‘em with the venom and eliminate ‘em” @triller #GodzillaChallenge is on. Who can spit it? Reposting + got prizes for my favorites. https://t.co/jWfW83X7P8 pic.twitter.com/jKMpJH7nw7

Check out Em’s Twitter challenge and some of the more entertaining responses below.

Did it one breath, Im also trying break the guiness world record book I can do about 650 words per minute for a speech record. Ive done “Rapgod” “Tung Twista by Twista” “Worldwide Choppers Sped Up” “Speedom Sped Up” and more. pic.twitter.com/qwyCDC8OMf