Eminem Just Dropped a New Single About White Privilege, And the Internet Has Opinions

“So they call it a Kaepernick tantrum if you don’t stand for the national anthem.” 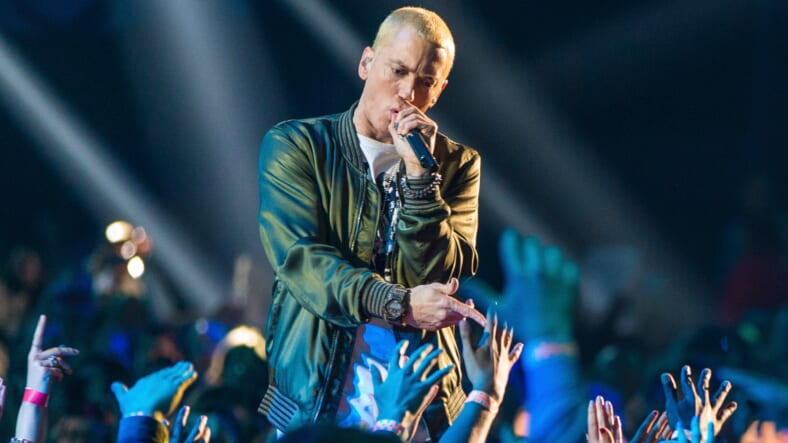 Eminem isn’t afraid of controversy, and the single he just dropped Thursday night is more proof than anyone probably needed.

“Untouchable” is a searing indictment of white privilege and a defense of the black community, and the artist also known as Marshall Mathers infuses every line with biting anger.

Proof that the cut hit a nerve is easily found on its Youtube homepage—almost 2 million views in less than 24 hours.

Many social media reactions have been positive.

There were some less positive opinions, ranging from mild criticism to outright dislike.

So Untouchable is a little heavy handed and if it was made by anyone other then Eminem they'd get raked through the coals. But I gotta say I didn't hate it. Even if the hook is not good, I like the idea. I just hope this isn't the whole album

this new Eminem is gonna be fucking garbage. i hate to say it but after hearing Untouchable i lost hope lol

Eminem’s new song is ok. It’s not trash or overly good or amazing. However I like it. Casual rap/em fans wont like it and say it’s too political. Some stans will say they hate it bc it’s not old em. Solid 7/10 imo. #UNTOUCHABLE

But love him or hate him, it’s hard to deny the fact that Eminem always seems to speak with ferocious honesty.