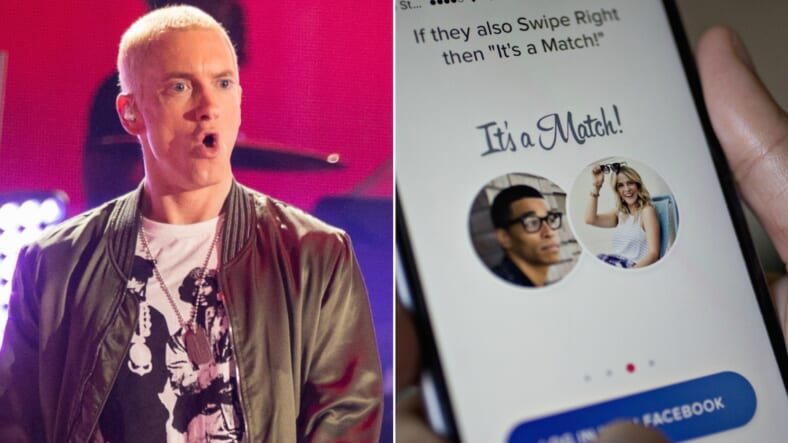 When asked if he’s on Tinder, the 45-year-old, twice-divorced rapper admitted to Vulture, “Yeah, Tinder.”

He also joked that he’s on Grindr, the gay “dating” app where men in geographical proximity to one another meet for one night stands. “[Laughs] And Grindr.”

This adds new meaning to his song “Cleanin’ Out My Closet.”

This is a new strategy for Marshall Mathers, who used to woo the ladies where most rappers do.

“I also used to go to strip clubs,” he said. “Going to strip clubs is how I was meeting some chicks. It was an interesting time for me.”

Eminem has truly left no stone unturned, to no avail.

“It’s tough. Since my divorce I’ve had a few dates and nothing’s panned out in a way that I wanted to make it public,” Em said. “Dating’s just not where I’m at lately.”

Someone get Slim Shady a dating show.