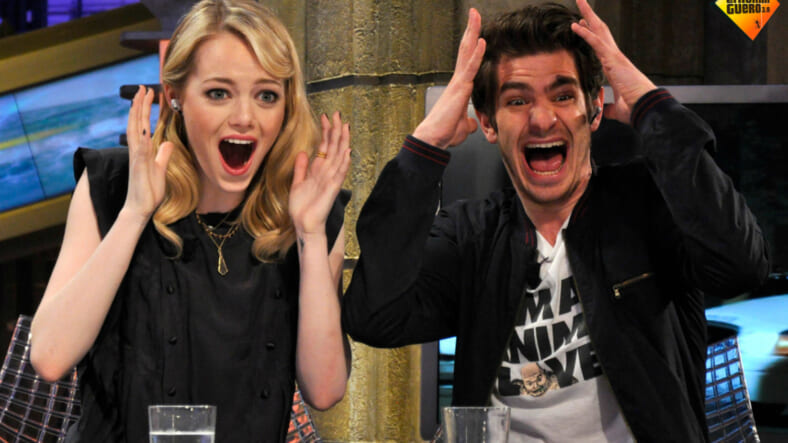 First off, let’s give Emma Stone a hearty round of applause for taking home the Golden Globe for Best Actress for her role in her new movie La La Land. Congrats, Emma!

Now, let’s give her another round of applause simply for being one of the coolest actresses in Hollywood. And if you thought she was cool before, just you wait.

In a new interview with W magazine, Emma Stone’s ex-boyfriend, former Spider-Man star Andrew Garfield, fondly reminisced about his 29th birthday celebration at Disneyland with then-girlfriend Emma and a couple of their closest friends. And apparently, it was one of his best birthdays ever. How sweet.

But you know why it was such a magical day? Everyone, including the La La Land actress, was totally fucked up on pot brownies. That’s right, Emma Stone was Emma Stoned.

“We went to Disneyland. We ate pot brownies. It was literally heaven,” Garfield said, winning the award for best birthday celebration ever. “How about Space Mountain three times in a row?”

Damn, Space Mountain is trippy when you’re sober, so just imagine how mind-blowing it must have been while loaded on weed brownies.

And while each person in the group had their own mini freak-out at some point in the day, The Amazing Spider-Man actor said his own personal aha-moment was on the terrifying children’s ride known as It’s a Small World.

“I freaked out on It’s a Small World. I was like, ‘It is a fucking small world.'”

“We were walking through Fantasyland and there was a song that was playing coming out of the trees, and we were all doing this—dancing through—and I think at one point we all started looking around going, ‘We’re all doing the same dance. How did this happen?'” he said, making me want to eat pot brownies and get faded at Disneyland with them.

I don’t know about you, but that sounds like a perfect 29th birthday to me. Just eat a pot brownie, get baked off your ass, and go to the Happiest Place on Earth.