Where do you stand on this important subject? 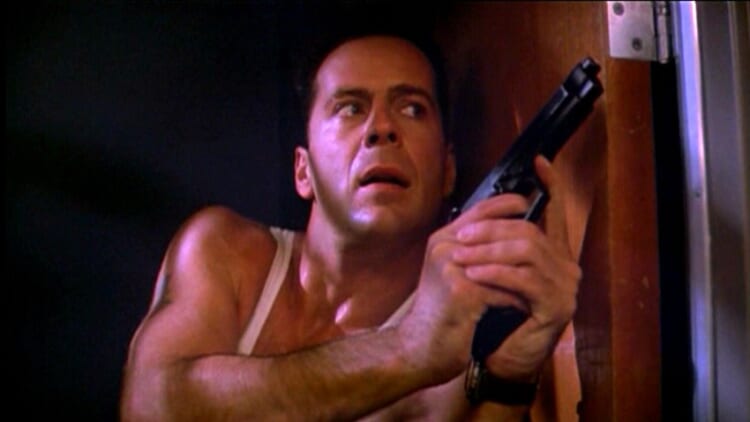 Every damn year the question comes up again: Is Die Hard a Christmas classic or what? Every year the debate over the answer to that question rages anew, and it never seems fully settled.

Until now (supposedly), because a new poll rendered a verdict: the tale of John McClane’s bad night at Nakatomi Plaza is not, ultimately, a holiday classic.

There it is, in one stark, disappointing graphic. Out of all the adults surveyed, 62 percent say Die Hard is not a Christmas movie. Thirteen percent don’t care, and a mere 25 percent believe it’s basically A Christmas Carol with way more death and mayhem.

Broken down by gender, men are more likely to see the Bruce Willis action flick as a Christmastime fave. The age divide is more interesting—people between ages 30 and 54 are more likely than younger and older groups to consider Hans Gruber’s fall from the top of the Nakatomi building as iconic as Scrooge’s change of heart in Christmas Carol.

Okay, that’s an exaggeration, but the point is this: Hell yes it’s a Christmas movie. John McClane literally saves Christmas.

The study, for what it’s worth, only sampled opinions from 2,200 people, and apparently 62 percent of those people were in pissy moods, because that’s the only explanation for their wrongness.

Ignore this and any other poll with similar results. Put on your wife beater and a Santa hat, grab your gun, pop a cold one, and watch Die Hard again as you decorate the tree. Christmas is officially here.