Ever wonder what it’s like to be too sexy for an entire country? 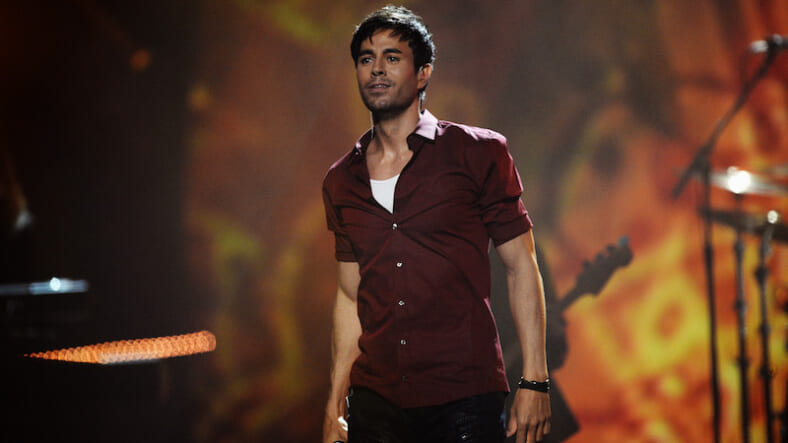 Let’s hope that no one has plans to invite Sri Lanka’s President, Maithripala Sirisena, to a Miley Cyrus concert any time soon because judging from his reaction to a recent show put on by Enrique Iglesias, he’d have to call 911 and be taken away in an ambulance.

During a recent stint of Iglesias’ Love and Sex world tour, Sri Lanka ladies let it all hang out, throwing bras at the singer and living way too out loud for the President’s liking.

“I don’t advocate that these uncivilized women who removed their brassieres should be beaten with toxic stingray tails, but those who organized such an event should be,” Sirisena said during a public meeting following the event, according to The Independent.

Sirisena, who governs a country that still gives side eye to public kissing, said the whole deal was “most uncivilized.” Sounds like a great show to us!