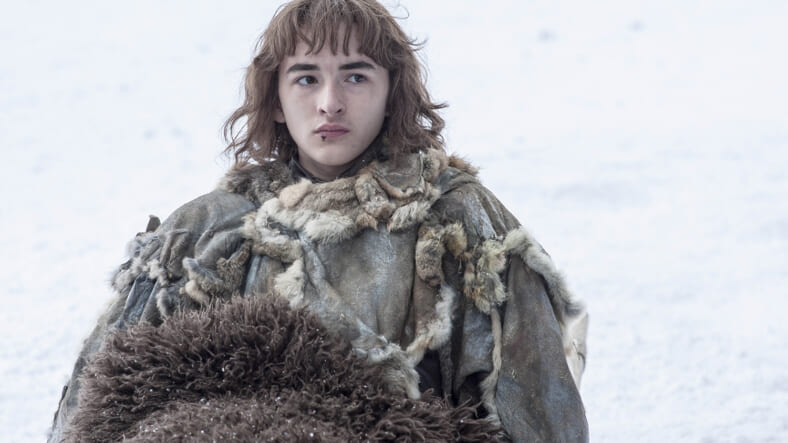 Bran Stark is all grown up! After a season-long hiatus, the slightly-less-young-than-he-used-to-be Game of Thrones actor (Isaac Hempstead-Wright) appears in a new season six photo provided to Entertainment Weekly earlier this week, and the internet is flipping out over how different he looks. Tyrion Lannister (Peter Dinklage) also tweeted a photo of the young Stark, who has changed in a very normal way for a growing boy since he was last seen in the season four finale.

Bran Stark in Game of Thrones Season 6 via @EW pic.twitter.com/fKjRmg2NMP

Hempstead-Wright told EW about learning his character would be taking a break from the beloved series when he was bracing himself for something more dramatic:

When I first heard the news [that showrunners] Dan [Weiss] and David [Benioff] wanted to have a chat with me, I was like, ‘Oh no!…Usually that’s to tell you [your character is] dead. So comparatively, missing a season was like, ‘phew!’

Since we last saw him, Stark has grown to six feet tall and cut his hair. Game of Thrones fans are reliably freaking out, with headlines commenting that he “looks like a different person.” Guys, it’s only been a couple of years. Chill. Winter is coming.