It’ll get to you and you won’t even know why. 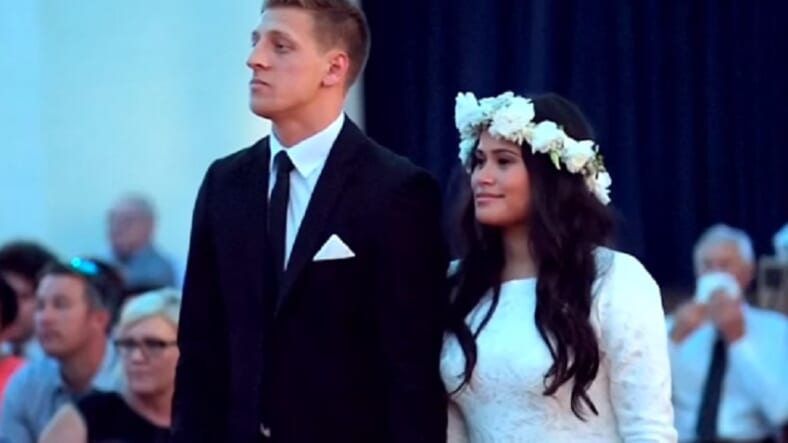 The awesome Maori Haka may be most well-identified with New Zealand’s All Blacks, that nation’s men’s rugby union team. Haka is a timeless war dance which includes, according to NewZealand.com, “violent foot-stamping, tongue protrusions and rhythmic body slapping to accompany a loud chant.”

Haka isn’t just for the battlefield. It’s also used to commemorate happy and joyful occasions, like the recent wedding of Auckland residents Ben and Aaliyah Armstrong. To that end, Ben Armstrong’s best man and his family put together a Haka so emotionally powerful even the bride and a bridesmaid couldn’t help but join in.

It’s hard to explain what makes watching this video so moving—it may be the deeply-felt response of the couple, it may be the noble way the groom embraces his kinsmen at the end, after such a raw display of emotion. Whatever it is, it draws you in and you might even shed a tear or two, which is totally cool, you don’t need to tell anyone.

Watch this, and watch enough Haka videos on Youtube and you see one thing is clear: no one ever does a Haka half-assed.

Best wishes to the happy couple—looks like one hell of a crew has their backs.