Eric Clapton Has a New Album Coming Out 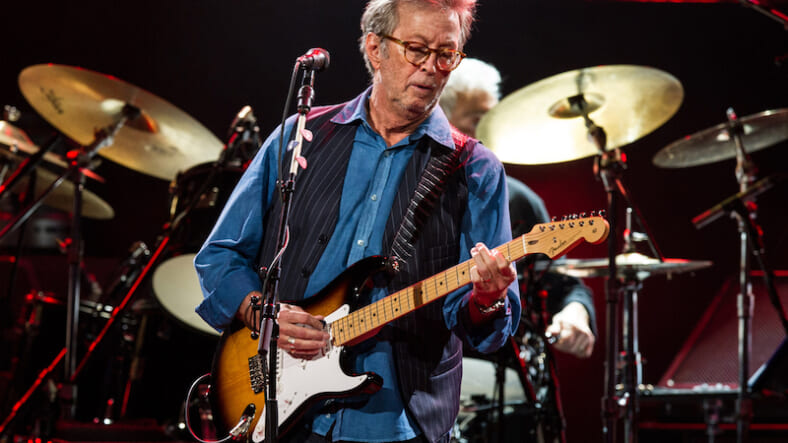 Eric Clapton has once again teamed up with producer Glyn Johns, who he worked with for his Slowhands album, which contained some of Clapton’s biggest hits like “Wonderful Tonight” and “Lay Down Sally.” The result of their latest collaboration is a new album called I Still Do which is set to come out on May 20 via Bushbranch Records/Surfdog Records. This latest release, a follow-up to 2014’s Clapton & Friends: The Breeze, An Appreciation of JJ Cale, will feature a few original songs written by Clapton himself. “This was a long and overdue opportunity to work with Glyn Johns again, and also, incidentally, the fortieth anniversary of Slowhand,” Clapton said in a statement about the album.

The artwork for the album, which you can see above, was created by Sir Peter Blake who co-designed The Beatles’ Sgt. Pepper’s Lonely Hearts Club Band album sleeve.

We’ll all be looking forward to hearing this. In the meantime, check out the full tracklist: