Once again, an NFL team gets it wrong. 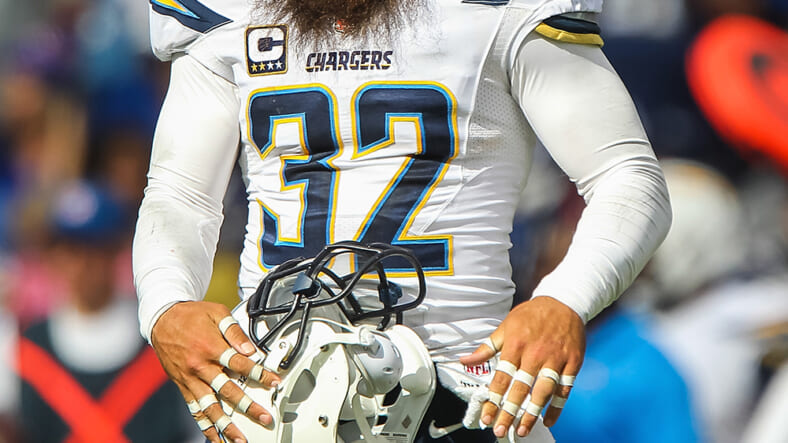 Eric Weddle has been in the employ of the San Diego Chargers since 2007—a virtual lifetime in NFL years. In that time, he’s been named to five All-Pro teams. It’s the kind of resume that would earn a guy a little rope with most employers.

And yet, this is the NFL, where authority figures are self-serving and blind to common sense. And Weddle is the latest victim of a capricious NFL judgement.

Last week, the Chargers fined Weddle $10,000 for staying on the field during the halftime break of their December 20 game against the Dolphins. The 30-year-old safety had a decent reason for not sprinting off to the locker room with his teammates— his daughter was performing as a part of the halftime show. Also, the Chargers were up 23-0; it’s not like he was missing some essential instruction.

The problem, as the Chargers see it, was that Weddle didn’t ask permission to stay on the sideline. The team has a policy that requires players to return to the locker room at halftime and Weddle didn’t abide. This, coach Mike McCoy suggested, meant that Weddle had to be fined.

Nonsense. The Chargers could have easily cut Weddle a break considering the reason he violated team policy, not to mention his near decade of service, which has been remarkably consistent (93 starts in the lat 95 games) for a guy whose job description is “human missile.”

Instead, they levied a fine and ended their relationship with Weddle on the sourest of notes, all while affirming that the NFL has no patience for players who are devoted to their family members, living or dead.