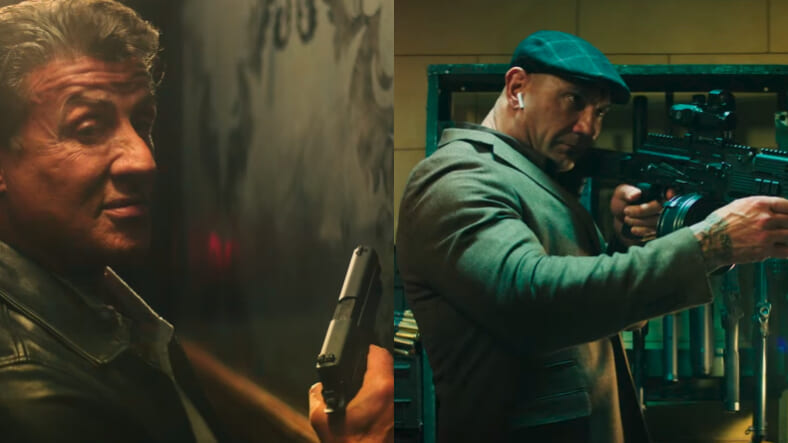 Sylvester Stallone fans eagerly awaiting the release of Creed 2 later this year can get their Sly fix with Escape Plan 2.

The still-ripped action star, 71, has reprised his role as gun-toting security expert Ray Breslin in the sequel to the 2013 prison break movie. But this time, he’s breaking in. See the synopsis below:

Years after he fought his way out of an inescapable prison, Ray Breslin has organized a new top-notch security force. But when one of his team members goes missing, Breslin must return to the hell he once escaped from to save his friend from the prison’s brutal human battleground known as Hades.

Arnold Schwarzengger isn’t back from the first film, so Stallone will be assisted by former WWE champion and Avengers: Infinity War star Dave Bautsita in taking on the dangerous convicts confined to the “land of the dead.”

See if they make it out when Escape Plan 2 premieres on Blu-ray, Digital and On Demand June 29.