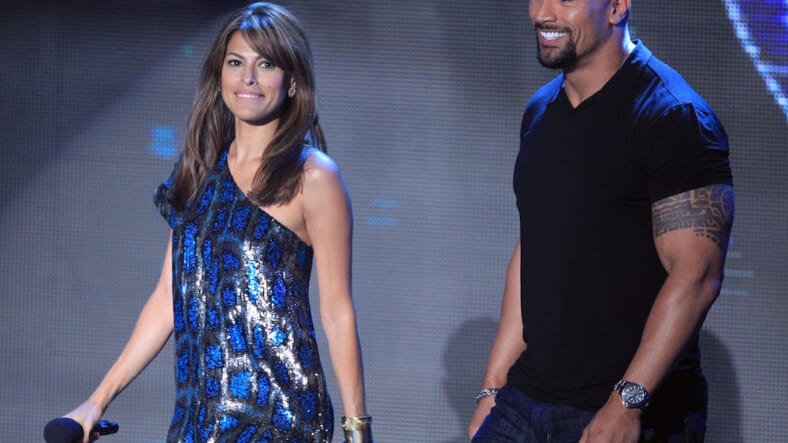 The Fast and Furious has proven its shelf life with a winning combination of souped-up cars, exotic locales, and scintillating action. The most recent Furious 7 was the franchise’s biggest box office success to date, with critical acclaim to boot.

However, recent installments have been sorely lacking in one ingredient: Eva Mendes.

Luckily for tongue-wagging fans, the actress will reportedly be reviving her ride-or-die character Monica Fuentes in the forthcoming Furious 8. But We Got This Covered just dropped another bombshell: that the franchise might be gearing up for an entire Monica Fuentes-centered spinoff. Eva’s presence in the eighth film will allegedly serve as a test drive.

If you recall, not too long ago, we told you that Eva Mendes would be brought back for Furious 8. That still appears to be the case. But now, the same source who gave us that tip is back and has new information for us. According to him, Mendes is being brought back because both Vin Diesel and director F. Gary Gray want to test how she does with audiences as they’re thinking of giving her character, Monica Fuentes, a spinoff film.Our source was unclear exactly how Mendes will factor into things, but she’s said to be central to the plot. Furthermore, actor Tommy Hatto will also be featured in the film as someone close to Monica, quite possibly her son.

Eva last teased us with a brief cameo in Fast Five but hasn’t had a presence in the franchise since 2 Fast 2 Furious, way back in 2003. In our opinion, that’s just far too long.

Better yet, Dwayne “The Rock” Johnson, who will also be appearing in Furious 8, might also be getting a spinoff of his own. According to Screen Rant, Johnson said at a press conference that it’s a possibility:

We all are interested in it. I just had a big conversation with the studio. So we’ll see. I still think for me personally we’ve created a little bit of space for him in 7 and the gauge is set for what the audience will want. That’s my take on it, you know, but a lot of other people have to have input.

It’s all still hearsay at this point and nothing is confirmed. But please America, let’s make this happen. Write letters to Universal Pictures or even your congressman. Let’s get revved up for the return of these action-genre greats.

h/t We Got This Covered