Here’s Every Superhero Movie Coming Out Through 2021

From “Captain Marvel” to “Wonder Woman 1984” there’s something for everyone. 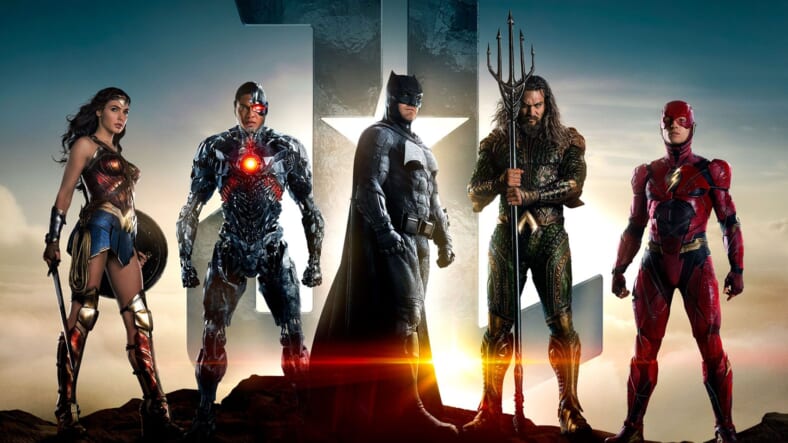 Sick of muscled-up, good-looking people in tights performing godlike acts of heroism? This might be bad news. Basically, Hollywood still loves superheroes and will be churning out movies featuring them for the foreseeable future.

The end of 2018 alone saw the release of Spider-Man: Into the Spider-Verse (Dec. 14, extremely well-reviewed), and Aquaman (Dec. 21), a box office monster with mostly positive reviews. But yeah, we’re not even close to done. As far as the film industry is concerned, DC and Marvel franchises have a ton of life left in them and are still ripe to be milked for every cent possible.

Naturally, a ton of those movies are set to premiere through 2021. Many are untitled—no one knows what hero or heroes will be in the spotlight, much less the storylines.

Since there’s no solid info on the untitled movies and the debut dates are anything but firm, go ahead and check out the known and (sometimes tentatively) titled projects below.

Marvel is blasting out of the gate first in March with Brie Larson as Carol Danvers, the most powerful hero in the MCU. Captain Marvel is set in the 1990s and appears to be an origin story. It also appears to be about as badass as a Brie Larson or Marvel fan could hope for. Hopefully the movie lives up to the exciting trailer.

Aquaman is been a pleasing rarity for a DCU movie—a lighthearted and mostly well-reviewed romp through a freaky underwater universe centered around Jason Momoa’s wit and charisma. Between it and Shazam!, which is clearly taking the comedy route, DC has apparently taken past criticisms about how heavy and humorless their movies were to heart. We’ll know for sure when it debuts in April.

Fans of Stranger Things and of the previous Hellboy movies starring Ron Perlman may really fall in love with David K. Harbour’s turn in a reboot of the franchise, which at minimum looks freaky and fun as, well, hell.

The biggest stars of the Avengers movies—and the standalones related to them, like Iron Man—are apparently done after Endgame. Chris Evans (Captain America) has said as much, and other stars like Robert Downey Jr. are contractually finished with the newest movie. And even if this culmination of the Thanos storyline is the Avengers to beat all other Avengers, that’s okay. Time for new super-faces and Scarlett Johannson’s solo Black Widow flick. Please.

There is still life left in the X-Men franchise, that much is obvious. The unexplored potential in Jean Grey’s awe-inspiring telekinetic abilities was always there, and hopefully Dark Phoenix is the movie it deserves.

Here’s all the proof anyone needs that the Avengers: Infinity War Thanos snap didn’t actually get rid of Peter Parker, even though he had the saddest moment in the movie. Unless the Far From Home part has something to do with where he ends up after the snap. Either way, he’ll be back.

If you watch the trailer above, Mutants looks like a straight-up horror movie, with some mutant powers involved. It’s been in re-shoot hell for about a year, though, so who knows what the final product will look like—or if it will even premiere in theaters as opposed to streaming or On Demand.

Ever since the late Heath Ledger locked down an Oscar for playing Joker in The Dark Knight, it’s become a catnip role for high-voltage actors: Jared Leto, for one, and now for Joaquin Phoenix. It’s set to be an origin story and also stars no less than Robert De Niro. Whatever the basic plot, audiences will be treated to an unusually committed and well-acted movie, regardless.

A movie about Deadpool’s X-Force team is the natural progression of the Deadpool franchise, and Ryan Reynolds himself has said so. So bring it on, already.

This Harley Quinn/Girl gang movie is pretty hotly anticipated by anyone who watched Suicide Squad. Margot Robbie ensured that Harley was the breakout character of the movie—and her star profile blew up big time. Watching her Harley team with intense anti-heroes like Poison Ivy will be a pretty original twist on the DCU movie brand.

To fans only familiar with the movies or vaguely familiar with DC comics, Cyborg was a new and fascinating character when he showed up in Justice League. Complicated, not exactly happy with looking like a Terminator-human hybrid, but still brilliant and powerful. Definitely worth his own followup.

Diana Prince is back. Gal Gadot once again will take up her golden lasso and start kicking ass in a very different era from the one in which she was introduced in World War I. Chris Pine will return as her love interest as well, even though he died in the first movie. Go figure.

Yes, Warner Bros is going back to the Green Lantern well. The first Ryan Reynolds movie was a stinker—even Reynolds jokes about it—but it’s worth a re-up. Especially if someone can convince Reynolds to give it another shot.

There’s Ezra Miller’s wisecracking movie Flash, a.k.a. DC’s Spider-Man analogue, and Grant Gustin’s Netflix flash. The 2021 Flash movie is probably Miller’s, but who knows? If he moves that fast it’s not like anyone will get a good look at him anyway.

Ben Affleck might be done with Batman, but the franchise is timeless. So there’s another Batman movie in the pipeline for 2021, and it’s all over but for casting the movie and actually making it. Always the most noir of DC heroes, we can at least be sure Batman will stay dark, not show up in suits with nipple chest plates like the George Clooney version. No one wants to go back to that Batman.