Here’s All The Biggest Nintendo Revelations From E3 2017 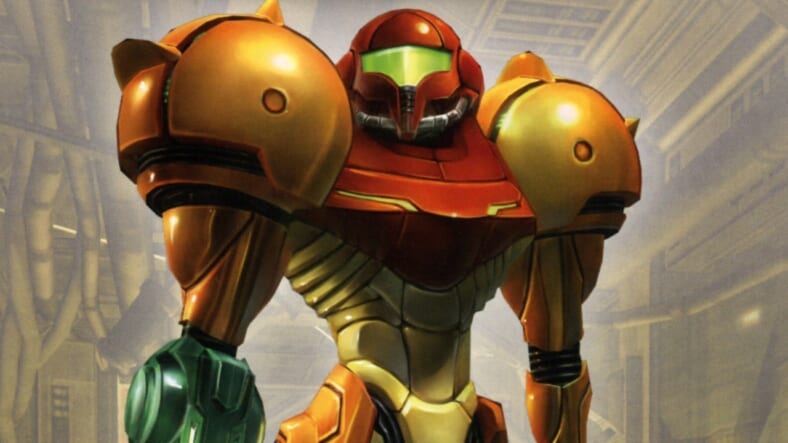 Nintendo’s untraditional announcement at E3 just happened and they’ve outlined a boatload of games that’ll be coming to their runaway hit console, The Switch. Here’s the nitty gritty of what Miyamoto and his crew have in store for the world.

Mario Odyssey was announced when the Switch itself launched but we won’t be seeing it until later this year. That didn’t stop Nintendo from dropping details about its iconic character’s latest outing. Plenty of gameplay was shown off and answers were revealed about the suspect, living hat that Mario dons in the latest adventure. You can check it out for yourself here.

Probably the biggest announcement coming from Ninty at E3 this morning was that Samus Aran will be making her Switch debut in Metroid Prime 4. Nintendo was tight-lipped about the game, saying only that it was currently in development but it’s yet another sign that Nintendo is dead set on bringing its biggest IPs to the Switch in somewhat rapid-fire succession. Metroid is a fan-favorite franchise and the Prime offshoot of it have been high water marks for Nintendo over the years. If there’s any doubt the Switch will continue selling with a full head of steam, this should take it all away.

The cult racer/sports game that has infiltrated PCs, PS4s and Xboxes around the world is officially making it to Switch late this year. It also marks the first time Rocket League will be portable.

Nintendo also showed off some third-party partnerships by unveiling plans to give the Fire Emblem series the Dynasty Warriors treatment, something it’s done well in the past and a game that deserves to be on the Switch.

Another open world RPG to help scratch the itch while waiting for the new Zelda Breath of the Wild expansion, Xenoblade Chronicles 2 should build on the original game and will, undoubtedly, look and play better than the Switch’s beefed up hardware (at least compared to the Wii, that is.)

Another instance of Nintendo pulling out their long list of beloved characters to add value to the Switch, Kirby is coming in 2018 for a Smash Bros style fighter that seems to focus on co-op gaming and firmly plants the Switch in the territory of a console that’s better played with friends.

Mario’s sidekick is getting another spin-off platformer game. We’ll temper our excitement on this one as the SMB dinosaur’s games tend to be on the lighter side and aimed more for younger audiences than even your average, universally friendly Nintendo game.

Zelda: Breath of the Wild

Everyone relax, there is more Zelda on its way. Coming in the form of a DLC expansion, the first expansion will bring forth a huge set of Trials for Link to fight through that’ll undoubtedly have gamers dropping dozens of more hours into the uber-addicting game. Nintendo also outlined their second expansion for the blockbuster hit. Called The Champion’s Ballad, that one will add additional campaign gameplay into BotW. Hopefully it’ll actually let us play in a post-Ganon world. After all, we fought our butts off to vanquish that asshole, we should be able to enjoy the spoils of our labor.