Everything We Know About Quentin Tarantino’s Manson Murders Movie, ‘Once Upon a Time in Hollywood’

Including the first pic from the set. 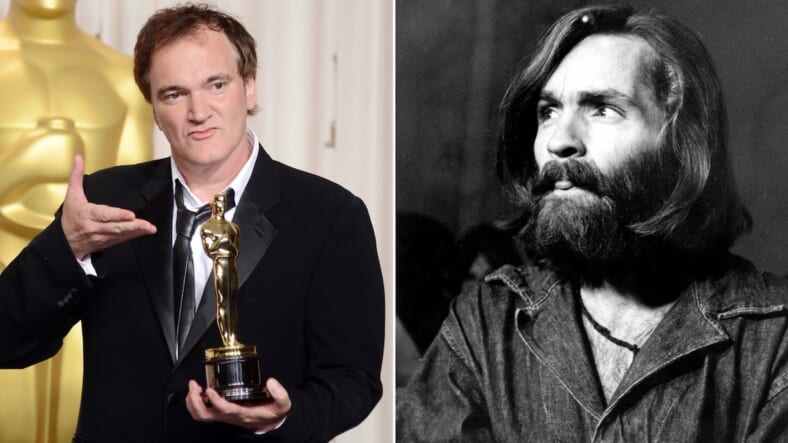 Depictions of Hollywood in 1969 can look cheesy. It was a gaudy time, but movies or miniseries covering the era and focusing on the Manson Family murders often miss the mark, they don’t totally pull you back in time (as David Fincher did brilliantly with Zodiac).

With his Once Upon a Time in Hollywood, we’ll see if Quentin Tarantino is the man to finally put us there. The photo below, posted on Leonardo DiCaprio‘s Instagram early Wednesday, is a promising preview—it made us pull together what we know about the movie so far, and we like what we see.

It’s not precisely about the Tate-Labianca murders committed by psychopathic hippie guru Charles Manson and his “Family.” They frame Tarantino’s story, which is about former TV western star Rick Dalton and his stunt double, Cliff Booth. Both are at low points in their careers and are looking to level up to film work.

From most descriptions it’s a snapshot of the time and events as well as a classic Hollywood hard luck tale.

Sure, we don’t know exact details if the plot yet—how much do the Manson murders really figure in, whether it’s as grim as many of Tarantino’s movies, etc.—but the cast is amazing. Some of the actors we know are on board for sure: Margot Robbie, Dakota Fanning, Luke Perry, Damian Lewis, Emile Hirsch, Burt Reynolds and Kurt Russell.

This movie has a complicated history as far as production and distribution are concerned. That’s partly thanks to Hollywood creep extraordinaire Harvey Weinstein.

Tarantino naturally broke all business ties with Weinstein after the mogul was revealed as an alleged sexual predator. Sony snapped it up and production has been forging ahead full-steam. Once Upon a Time in Hollywood is currently set to premiere on August 9, 2019—the 50th anniversary of the Manson Family’s murderous rampage.