Become a drug-running nightlife kingpin with the new After Hours expansion pack. 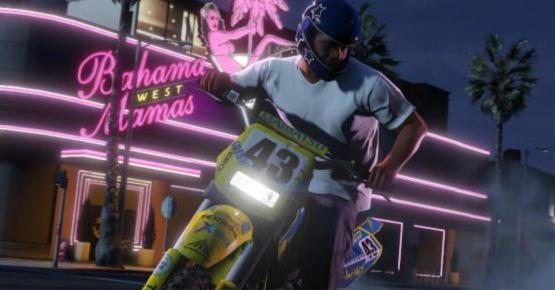 To all the VIPs, CEOs, Motorcycle Club Presidents and other GTA MVPs out there, take note—the After Hours expansion for GTA Online has finally arrived, and it may be the biggest one we’ll see for a while.

After Rockstar introduced the Doomsday Heist a while back, adding content that was classifiably bonkers, GTA Online has finally put forth new content in the form of a legal nightclub front for you wholly illegal businesses.

This free expansion to the crazy popular online component of GTAV will reacquaint you with Gay Tony, a mainstay of GTA IV’s Ballad of Gay Tony storyline. It offers up entirely new locales to buy and, of course, will put forth new opportunities to grab cash in the lawless world of GTA Online… plus plenty of new toys to use that new-found cash to buy.

Every aspect of the After Hours expansion revolves around the nightclubs themselves. There are ten of them to choose from across the Los Santos and all can be customized to the small details with your choice of resident DJ, hired dancers, lighting branding and more. The nightclubs will also consolidate your existing businesses into a single front. So, whether you spend your time running coke from your MC, gathering cargo or pursuing other, less-than-legal activities, your NC will be your hub to front it all.

We’re still waiting on prices here, but you’ll be able to scoop yours up via the Maze Bank Forclosures site within the game, presumably for a hefty price. You know, to keep things exclusive, like all the best clubs. Make sure to show off just how rich and famous you are by popping bottles in the VIP section while you’re there. Fair warning, each nightclub will also have a guest list, created by the owner, so maybe put a hold on griefing everyone in the game if you want to get past these new velvet ropes.

We wouldn’t be surprised if you’re familiar with Gay Tony already since he was a fan-favorite character in GTA IV, and Rockstar has teased us with his return for a while now. The After Hours businesses will be partnering us with Gay Tony once again, and the self-proclaimed it-guy will have you running new missions to help you set up your new club and maintain it. Rockstar pays off its most devoted players by letting them use their enormous arsenal of cars, guns, tactical vehicles and strategies to help find paydirt more quickly in any new expansion. So if you’re already rocking Kingpin status in GTA Online, chances are you’ll be king of the nightclubs in Los Santos in short order.

The After Hours expansion, like all additions to GTA Online, will also bring new gear to the game overall. We’re looking forward to hopping into the Mammoth Patriot Stretch limo, cruising in the game’s own version of a chicken bus or plunking down for the retro throwback Jester Classic. Those rides arrive today and Rockstar has more up their sleeves to get debuted in the weeks to come.

Rockstar has recruited several award-winning EDM DJs to bring this expansion to life like we haven’t yet seen in GTA Online. The lineup includes Solomun, Tale of Us, Dixon and The Black Madonna who will be available for nightclub residencies. Each one will come with their own missions in order to make them your DJ, an interesting spin that’s new to this expansion. You can also expect new, online-only radio station, LS-UR, and a whole slew of dance moves for your characters so you don’t look as awkward on your nightclub’s dance floor as you might in real life.

As with any addition to the expansive GTA world, there will be a fair amount of trial and error and, let’s be honest, wasted money, before the community formulates a cut and dried approach to doing the After Hours thing properly but, at the outset, here are some key takeaways for all of the soon-to-be partners of Gay Tony…in a strictly professional sense.

-Your Nightclub Warehouse will consolidate all your businesses under your nightclub roof. Make sure you utilize this really important aspect to save yourself the wasteful and, typically destructive rides all over Los Santos just to earn some income.

-Your Warehouse Garage is the key to a delivery fleet so you can distribute the goods your techs create. Smaller shipments minimize risk but bigger shipments boast the bigger payoffs. Choose wisely.

-Staffing up means fewer daily problems and a bigger daily take. Weigh the costs, like any good businessman, and makes sure you’re maximizing profits. Hell, that’s good advice outside of GTA too.

-Beefing up security will create fewer calls for you to personally tend to nightclub problems. Don’t skimp on your bounces unless you plan on running back to your club at any given moment to deal with the lowlifes who roam the streets of Los Santos.

-Finally, hone those dance moves. Dancing in your club will actually improve the popularity of the spot and draw a better crowd, increasing your profits. If you really want to go for gold, you can even beef up your cover charge at the door (minimum is ten bucks, maximum is $100) and those suckers out there will pay it. Just like in real life.