Ewan McGregor Gets Brutally Honest About Those ‘Star Wars’ Prequels 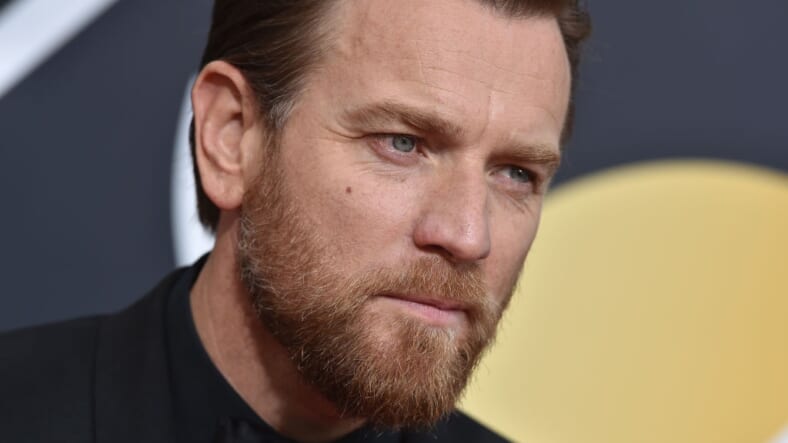 One of the bright spots in the much-loathed Star Wars prequels was always Ewan McGregor’s sympathetic and careful portrayal of Obi-Wan Kenobi. McGregor managed to take over the role after an indelible performance by Sir Alec Guinness and make it his own, while still managing to keep a consistent vibe from the original.

Turns out that for an actor, it was much harder work than people knew. McGregor, who will be donning the bearded Jedi’s hooded robe again for the new series, Obi-Wan Kenobi, is not shy about admitting this.

Lucasfilm president Kathleen Kennedy says the battle between Obi-Wan Kenobi and Darth Vader in the upcoming Disney+ series will be "the rematch of the century" 💥🍿 pic.twitter.com/HEX4KfRg0h

Speaking to The Hollywood Reporter (THR), McGregor essentially blamed the legendary lameness of the prequels on franchise creator George Lucas:

(…)What began as a star fantasy evolved over a number of years into an actor’s nightmare. With each successive and underwhelming prequel release, director George Lucas employed more and more CGI, “because George loves technology and loves pushing into that realm,” McGregor explains. “He wanted more and more control over what we see in the background.” By Revenge of the Sith, physical sets and backdrops had almost entirely been replaced by bluescreens. “After three or four months of that, it just gets really tedious — especially when the scenes are … I don’t want to be rude, but it’s not Shakespeare,” he continues. “There’s not something to dig into in the dialogue that can satisfy you when there’s no environment there. It was quite hard to do.”

McGregor was basically copping to knowing that however iconic his own character was — and his portrayal often earned the rare positive note in the many negative reviews of movies like Revenge of the Sith — the scripts were pretty crappy and Lucas’s desire to greenscreen every scene so he could add CGI aliens and landscapes had a dampening effect on all the actors’ energy.

Jon Favreau, who had fantastic success with The Mandalorian, created a process that will be much easier for McGregor to deal with, however, according to THR — through something called StageCraft, actors end up feeling much more immersed in their scenes. A set is projected on a huge LED screen, and McGregor said that means “if you’re in a desert, you’re standing in the middle of a desert. If you’re in the snow, you’re surrounded by snow. And if you’re in a cockpit of a starfighter, you’re in space. It’s going to feel so much more real.”

Obi-Wan Kenobi has begun production and will premiere on Disney Plus sometime in 2022.