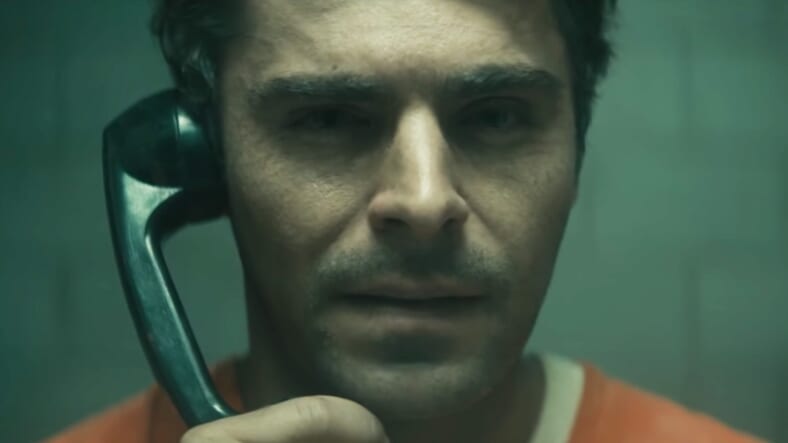 Extremely Wicked, Shockingly Evil, and Vile has prompted somewhat mixed reviews following its premiere at Sundance. Not so much for star Zac Efron, who some critics have suggested is a revelation as serial killer Ted Bundy, but the overall movie itself.

The trailer for the film, released Friday, has faced a less ambiguous response. Social media buzz indicates it just plain freaked people out.

The Shockingly Evil trailer traces the basics of the story, from boy meets girl through boy gets arrested and girl begins to realize he might be a serial killer who says things like “I’m more popular than Disney World.”

The problem some seem to have is it looks like a promo for a romantic comedy. To be fair, the synopsis for the movie—which also stars Lily Collins as Bundy’s girlfriend Liz Kloepfer—does read like a romantic comedy in hell:

1969. Ted (Zac Efron) is crazy-handsome, smart, charismatic, affectionate. And cautious single mother Liz Kloepfer (Lily Collins) ultimately cannot resist his charms. For her, Ted is a match made in heaven, and she soon falls head over heels in love with the dashing young man. A picture of domestic bliss, the happy couple seems to have it all figured out … until, out of nowhere, their perfect life is shattered. Ted is arrested and charged with a series of increasingly grisly murders. Concern soon turns to paranoia — and, as evidence piles up, Liz is forced to consider that the man with whom she shares her life could actually be a psychopath. This is the story of Ted Bundy, one of the most notorious serial killers of all time.

Social media complaints can be summed up in this tweet.

Another complaint has been that Efron was cast at all, as if it was somehow glorifying Bundy to have him played by a teen heartthrob—but the sad fact is Ted Bundy became famous in part because he was a head-snapping contradiction in the minds of some, a presentable, nice-looking guy who was also a monster in human form. Sometimes it’s realistic to present killers in an appealing package.

Extremely Wicked, Shockingly Evil, and Vile also stars John Malkovich and Jim Parsons. There’s no nationwide release date for the movie yet, but it seems a sure bet the controversy will continue when it’s in theaters everywhere.