She’s got four words for Nicki. 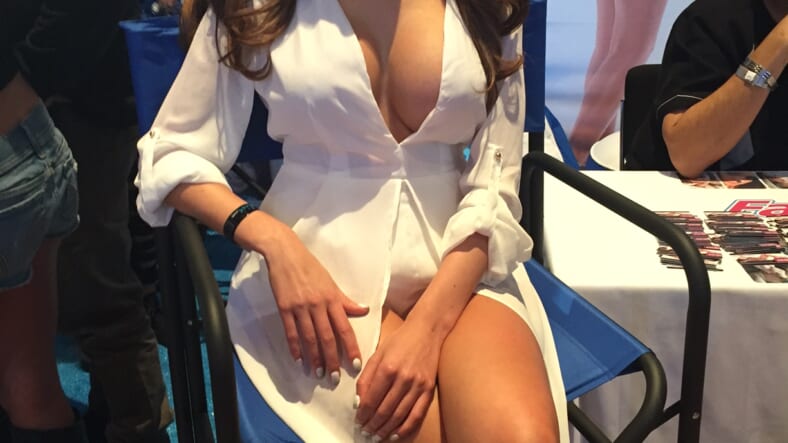 Those of you with literally nothing else of importance to do with your lives may be caught up in the Nicki Minaj-Farrah Abraham beef. For those of you that aren’t, congratulations, you may be the only humans of any value left on this planet. But you’ll need a recap:

It all started on January 11th when Nicki unleashed some harsh words to Farrah on Twitter: “Farrah is a c**t to her mother,” the rapper said. Farrah tried to keep her cool, calling for Nicki to cut the foul language, but then later added fuel to the fire by telling Us Weekly, “I’m no longer allowing Sophia to watch Nicki Minaj videos.”

And then, as they always do, the Kardashians entered the mix: “I don’t really agree with a lot of Farrah’s decisions in life. That’s why I’d say I’m on Nicki’s side,” Kendall Jenner said on the premiere of Kocktails With Khloe. Do you feel your brain cells rotting away by the moment? Just wait, there’s more.

Naturally, Farrah fired back, tweeting a photoshopped Kardashian Christmas card at Kendall shading Kim and Ray J’s sex tape. And that was the end of it.

Until now. Farrah Abraham is currently at the AVN Expo, where she’s promoting her webcam business Farrah’s Friends Live, which, in her words, “uses her fame to help you profit.”

Her website is a platform for users themselves to cam and for others to view and interact with the cam girls. “I have so many single parents and stay at home moms who are webcamming, and I think that’s why it appealed to me to own a company like this, so I think it’s great, it’s win-win [for working mothers],” she tells Maxim.

“We have thousands of webcam models, if you would like to call them that, which are great people who are online to chat, and you get paid out for being a friend of mine, and that’s the way it should be,” Abraham continued.

But is she as confident about her feud with Nicki as she is about her “targeted traffic” business model? It would seem so. When asked what she had left to say to the Anaconda rapper, Farrah replied, “I’m already beyond it.”

And there you have it. The end of a saga. Everyone can go home now. Let’s all get back to being productive members of society.