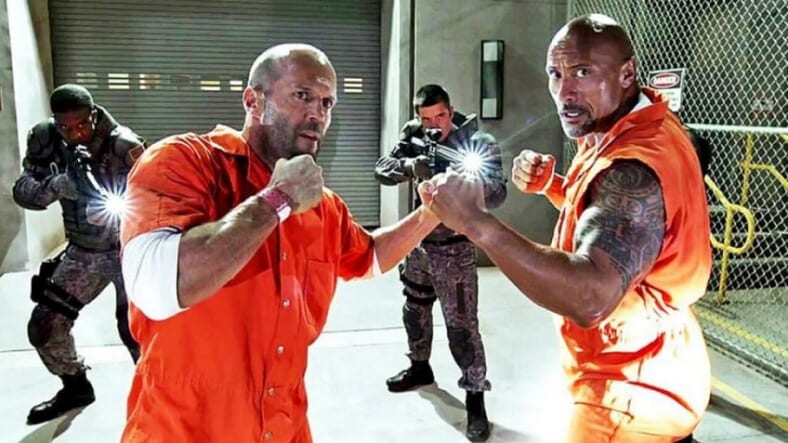 Early production on the Dwayne “The Rock” Johnson-Jason Statham sorta-almost buddy movie Hobbs and Shaw is well under way. It looks like producers are actively casting some new roles as well.

Family roles, that is, because in any Fast and Furious or F & F-adjacent movie, family is everything .

Jason Statham’s Deckard Shaw has had family in the form of brother Owen show up in the series already, but Cinema Blend found evidence that Universal Pictures is adding more:

[Universal] is looking for an actress “28-39, in the mold of Kate Winslet” to play Deckard and Owen’s sister, Hattie Shaw, who is an MI-6 agent. Owen and Deckard served in the Special Air Service and United Kingdom Special Forces, respectively, before they became mercenaries, so assuming that Hattie is indeed showing up and is working for MI-6, I would imagine there’s some friction between her and her siblings. It’s unclear if Owen and Magdalene would also appear in Hobbs and Shaw, though I could certainly imagine them making quick appearances similar to how they showed up in The Fate of the Furious.

Johnson’s Luke Hobbs has a daughter named Samantha (see The Fate of the Furious) and in Hobbs, Cinema Blend says he’ll get a full complement of relatives: mother Sofia and brothers Jonah, Cal, Tim, Matt, and Alex.

Jonah apparently has issues with Luke, so there will be some dysfunction on screen.

Cinema Blend indicated that Hobbs and Shaw has a bad guy—”Mr. Null”—and speculated Charlize Theron’s slinky villain might make a comeback. We can only hope they’re right about that.

Deadpool 2 and John Wick director David Leitch is in charge of all this family fun. Hobbs and Shaw premieres on August 2, 2019.