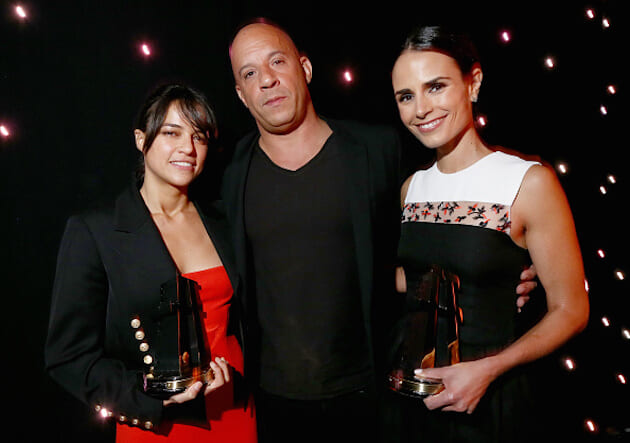 The added movies make Fast & Furious one of the longest-running movie franchises of all time, but not the longest: The Pink Panther, National Lampoon, and James Bond are among several franchises with installments in the double digits. The franchise has been hugely lucrative, with the most recent movie, Furious 7, bringing in over $1.5 billion worldwide. Vin Diesel is going to be able to buy a lot of cars when this is all over. h/t Variety