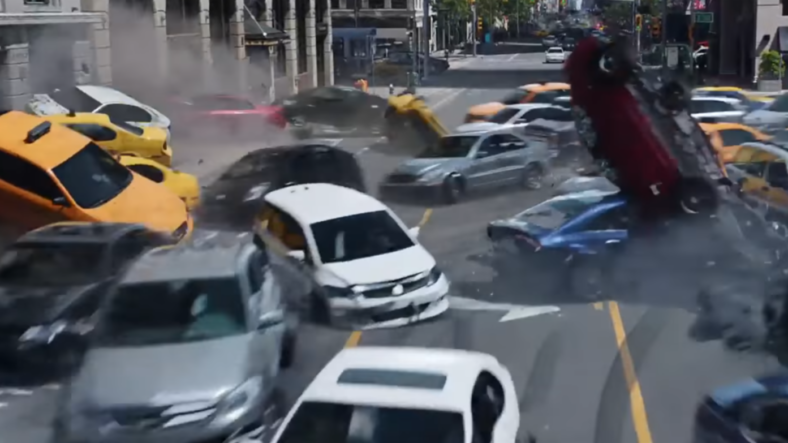 We knew we were in for one hell of a ride when the first trailer for The Fate of the Furious dropped back in December, but this new one is even crazier.

The gang has graduated from the glocks and modded hot rods of the first films and traded up for rocket launchers, armored cars, and yes, even a tank, in this berserk new trailer.

Still plagued by the issues of a divided “family,” Vin Diesel’s character, Dom, has gone rogue as he leads his car-obsessed crew in a battle against a malevolent Charlize Theron and her ability to autonomously control any vehicle she pleases.

Is it realistic? Not in the slightest, but we’ll still hang on for the ride when it hits theaters April 14 of this year.