Watch The Mobbed Up Netflix Trailer for ‘Fear City: New York Vs. The Mafia’

“It was total anarchy. You knew if you didn’t pay on time, they’d bend your leg and stuff it in your pocket.” 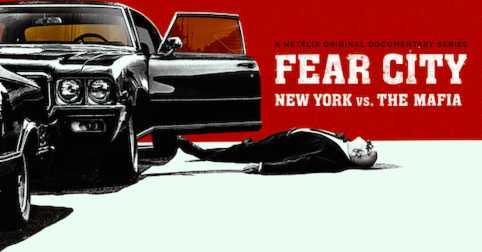 From Making a Murderer to Tiger King, the showrunners at Netflix have long been churning out compelling true crime-focused limited series.

The latest entrant to the streaming giant’s library is Fear City: New York Vs. The Mafia, a three-part docuseries about law enforcement’s attempts in the 1970s and 1980s to take down NYC’s “five families” of the mob—Bonanno, Colombo, Gambino, Genovese and Luccese.

In a new limited series from the same folks behind Netflix’s Don’t F**K With Cats details the riveting story of the history-making organized crime investigation and prosecution case brought against New York’s most feared mob bosses. Here’s more info from Netflix’s synopsis:

Through interviews with dozens of law enforcement officials, ex-mafia associates and others, FEAR CITY: NEW YORK vs. THE MAFIA sheds light on how the mafia’s control of unions, high-rise construction and other industries netted billions for organized crime.

Previously unheard surveillance recordings, news footage and archival material alongside new interviews and reenactments paint a shocking and captivating portrait of this “Golden Era of the Mob.”