‘Fear Factor’ is Coming Back, So Get Ready to Lose Your Lunch All Over Again

Ludacris is hosting this time around. 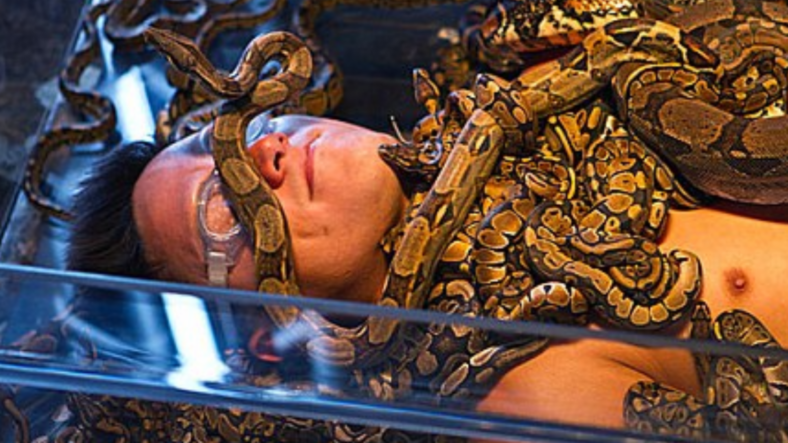 Fear Factor is due to make its third comeback to TV this year after being out of production since 2012. Ludacris will take Joe Rogan’s place as the show’s host on its new home network of MTV.

Instead of pushing the envelope of what people are willing to watch with gross-out challenges like eating buffalo testicles and maggot pies, contestants will compete in events that take on millennials’ greatest fears.

A press release retrieved by Uproxx described the reboot as being “custom-created for a generation that is increasingly empowered, while also more anxious than ever.”

Contestants will have to “confront their fears, and take action against some of their biggest stressors,” like “couch surfing at 300 feet and waterlogging personal cellphones.”

As lame as “waterlogging cellphones” sounds—and it sounds really lame—it’s no surprise that producers have decided to change up the challenges in lieu of the infamous “Donkey Juice” segment that got the show cancelled a second time.

Watch the donkey semen-drinking contest below, if you dare.

If that’s not your cup of tea, here are a few other extreme Fear Factor moments.

We’ll have to see if the reboot still includes the bonkers stunts that made it famous the first time around when it premieres May 30 at 10pm on MTV.