The full version comes with the Season 7 DVD. 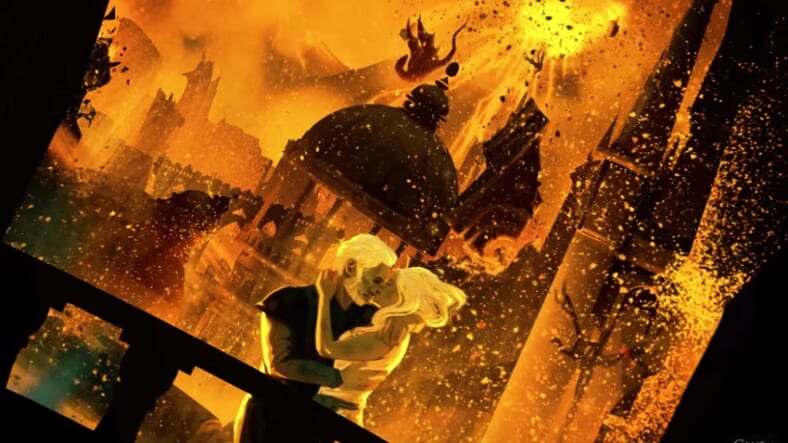 We know this much is true: No one can get enough of Game of Thrones. Unfortunately for the show’s legion of fans, its creators are notoriously stingy with their incest-laden, dragon-filled drama. They hate leaks and spoilers and will go to extreme measures to stop them.

So it’s notably generous that they’re dropping a 45-minute animated history of the show with the season 7 DVD. It hits historical points those unfamiliar with the George R.R. Martin books may not already know.

For consistency’s sake the animated film is closely tied in with the show through narration by key actors, including Nikolaj Coster-Waldau, Aidan Gillen, Conleth Hill, Harry Lloyd, and Sophie Turner.

The clip above is chapter 1 in the history, and the narrator is Lloyd, who played Viserys Targaryen in season 1—until, of course, Daenerys had him taken out with extreme prejudice.

Game of Thrones Season 7 comes out on DVD and Blu Ray on December 12, 2017. That’s just in time, if you’re Christmas shopping for the GoT fan in your life. Which is probably everyone.