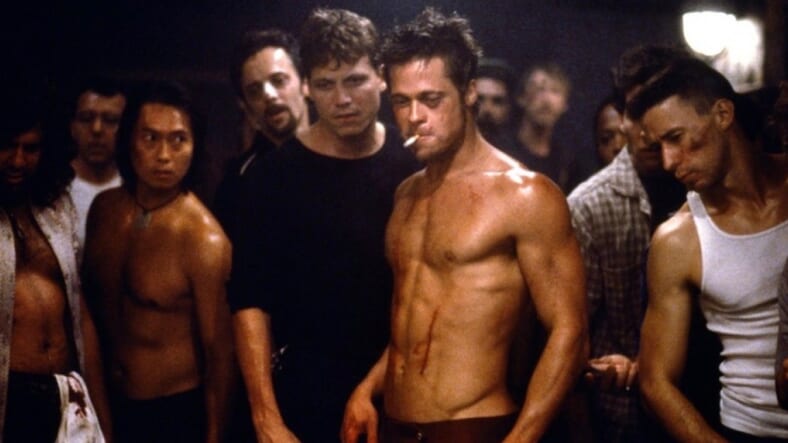 It’s been 20 years since the release of 1999’s Fight Club, and Brad Pitt‘s fighting physique remains an extremely lofty fitness goal for men the world over.

Pitt reportedly whittled his body fat percentage down to an absurdly low five to six percent for the David Fincher-directed classic. That means at 5’11”, he would have weighed in at around 155 pounds of pure muscle.

There were no shortcuts (that we know of). His insanely shredded abs and chest were the result of training with high repetitions and low weights—a surefire vehicle to a lean and mean physique. On the contrary, those looking to bulk up are advised to lift heavy for low reps.

Still, abs, as they say, are made in the kitchen. Below is a sample of Pitt’s reported protein-heavy, low-carb Fight Club diet.

Now stop reading this and get to work.