“Before I was an Avenger, I made mistakes.” 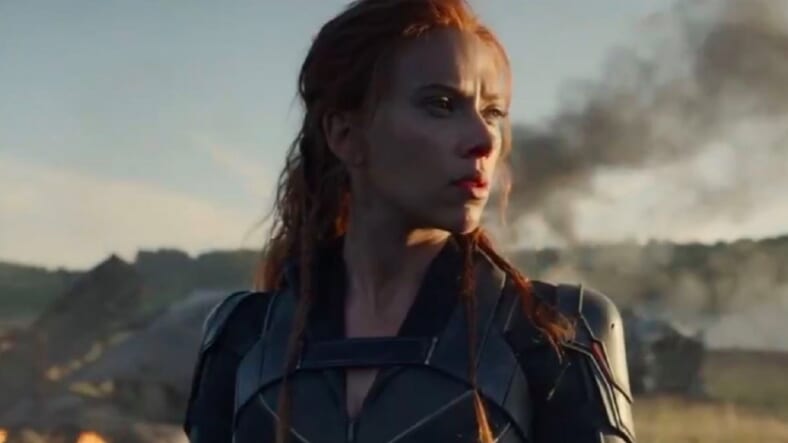 In Black Widow, Scarlett Johansson‘s Natasha Romanov—a former Soviet secret agent and special operator—heads back home to Mother Russia to face her past as a spy. As she says in the video, “Before I was an Avenger, I made…mistakes.”

In this final and epic trailer, it’s obvious that she also will have to go up against an array of spies and assassins who have had training at least equal to hers, including the Taskmaster, who was the leader of the Red Room, where Black Widows were brainwashed to become killers for the communist government.

This trailer clarifies a few things for fans who may only know the character through Marvel movies—one of them being that her sister Yelena (Florence Pugh) is apparently her actual sister.

She’s also just as deadly, and Pugh gets to show off some ass-kicking skills in this footage, to satisfying effect.

Check out the new poster for Marvel Studios' #BlackWidow. See it in theaters May 1! pic.twitter.com/kGvxDXksSO

In Marvel Studios’ action-packed spy thriller “Black Widow,” Natasha Romanoff aka Black Widow confronts the darker parts of her ledger when a dangerous conspiracy with ties to her past arises.

Pursued by a force that will stop at nothing to bring her down, Natasha must deal with her history as a spy and the broken relationships left in her wake long before she became an Avenger.

The movie also stars Rachel Weisz as Yelena’s and Natasha’s mother and David K. Harbour as their father the Red Guardian, the former USSR’s answer to Captain America.