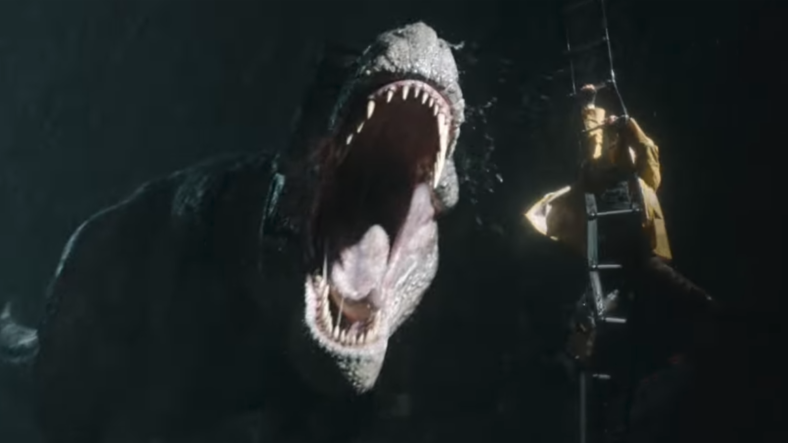 The release of Jurassic World: Fallen Kingdom is just two months away, and Universal Pictures just dropped its most intense trailer yet.

Only one prehistoric animal remains shrouded in mystery—a caged beast introduced to an awe-struck audience as “the most dangerous creature that ever walked the earth.”

Find out for sure when the Fallen Kingdom roars into theaters June 22.