It’s the first look at “The Sopranos” creator David Chase’s prequel movie, “The Many Saints of Newark.” 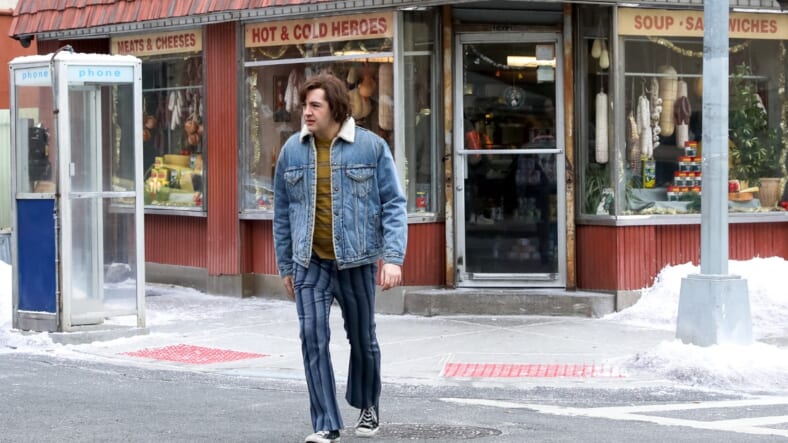 The late James Gandolfini’s son Michael is paying tribute to his legendary dad by portraying a young Tony Soprano in The Sopranos creator David Chase’s upcoming prequel movie, The Many Saints of Newark—and a new video reveals the first glimpse at his long-anticipated role.

Warner Bros. dropped a “Same Day Premieres” trailer of the studio’s 2021 releases, which includes footage of Dune, The Suicide Squad, the Space Jam remake with Lebron James, and other upcoming movies coming to theaters and HBO Max.

But the buzziest part of the video comes about 20 seconds in, when Michael Gandolfini, playing the role of a young Tony Soprano, is seen wearing a denim sherpa jacket on the gritty, 1970s streets of Newark, New Jersey.

As his full name is called—“Antonio Soprano!”—Gandolfini turns on a man and starts beating him up, which is definitely how we’d expect Young Tony to behave.

Michael Imperioli (Christopher Moltisanti) and Steve Schirripa (Bobby Baccalieri) recently teamed up for a Sopranos podcast, where they rewatch the iconic mob series and provide commentary, memories, and interviews with castmates.

The beloved HBO show also celebrated its 20th anniversary in 2019.