It’s almost morphin’ time. Click through to get a glimpse. 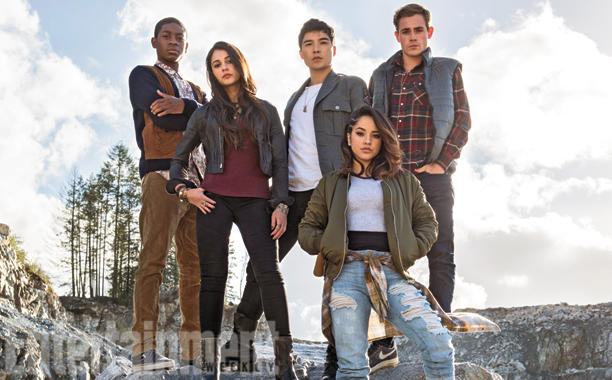 It’s time we took a trip back to Angel Grove. EW just debuted the first Power Rangers cast photo of the five ordinary kids gifted with the powers to stop an imminent alien threat on Earth. While this isn’t the first time the group has hit the big screen, next year’s iteration will put an interesting spin on the Saturday morning TV program we’ve all come to worship.

When the film hits theaters on March 24th, 2017, director Dean Israelite (Project Almanac) is hoping to exemplify a more modernized, coming-of-age take. Along with the updated story, we’ll see new costumes (courtesy of Weta Workshop of Lord of the Rings), and a focus on diversity.

“From the very beginning, diversity was a very important part of the whole process,” Israelite told EW. “We switched all of the races around, but we made sure that the essence of each of those characters are who they were in the original show, and this really will be an origin story of those characters.”