Ralph Macchio and William Zabka Step Back Into the Dojo In First Teaser for New ‘Karate Kid’ Series, ‘Cobra Kai’

“Mercy is for the weak.” 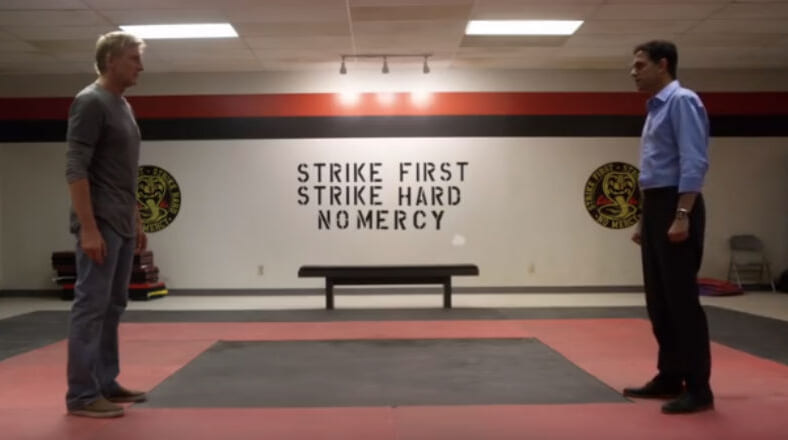 If you were a fan of the original Karate Kid, this teaser for the upcoming Youtube Red series Cobra Kai might give you goosebumps.

We hear Ralph Macchio’s voice first, back in character as Daniel LaRusso after 30 years. “I just don’t know why you’d ever want to bring back Cobra Kai,” he says. Then it becomes clear he’s talking to Johnny—William Zabka, once again playing LaRusso’s nemesis.

Deadline reports the story of the series is begins with the forty-something LaRusso living the good life, running car dealerships in Encino. Johnny has had it rough and wants to return to his glory days by bringing back Cobra Kai.

Cobra Kai is reportedly set to debut on Youtube Red later in 2018. And that’s not soon enough.