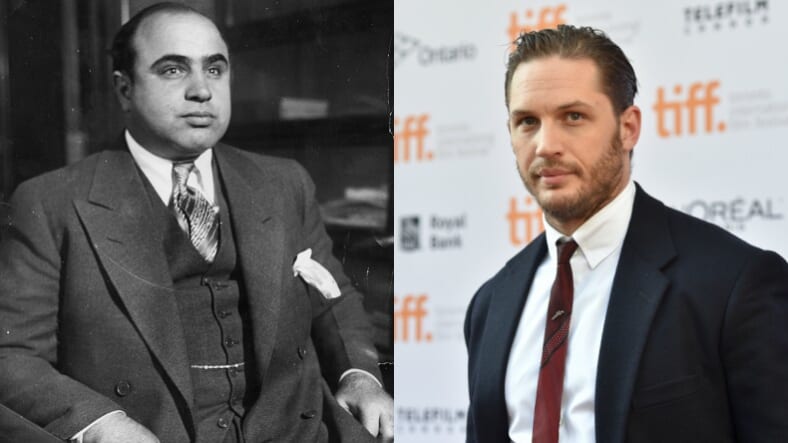 Tom Hardy is ready to embody an aging Al Capone in Fonzo.

The Academy-Award winning actor posted two menacing photos of himself as the larger-than-life mobster with little context. The first he captioned, “Chasing Fonzo…”

The second is a close-up of the deep gashes that inspired the OG Scarface’s nickname.

Past portrayals of the Prohibition-era gangster—including Robert De Niro’s volatile take in The Untouchables—are set during his heyday.

But in the forthcoming movie written and helmed by Fantastic Four director Josh Trank, Hardy will depict the gangster in his dark final years following his release from Alcatraz.

After nearly a decade of imprisonment, dementia rots his mind and his past becomes present as harrowing memories of his violent and brutal origins melt into his waking life.

The faster the better, we say.