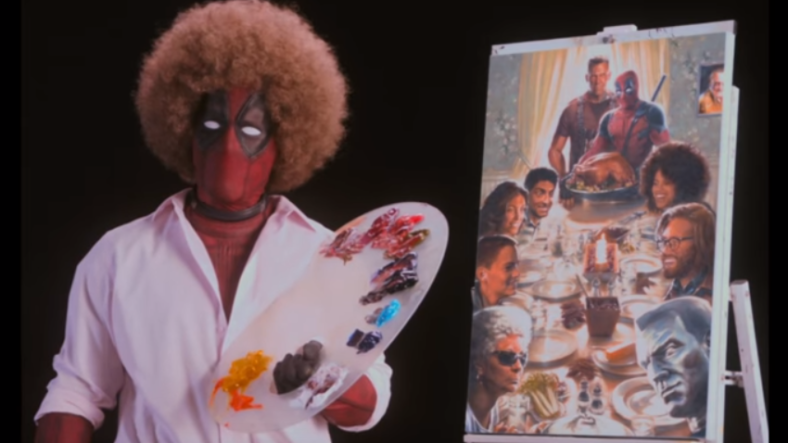 Every new trailer or teaser for any Deadpool movie reminds us again how literally no one but Ryan Reynolds could pull off such a character—no one else has the right blend of believable action hero skills and comedic timing.

And that’s on display in this ridiculous teaser trailer for Deadpool 2 in a totally hilarious way.

Reynolds plays Deadpool as a Bob Ross clone and he and his cocaine habit host a public television painting show, Gettin’ Wet on Wet With Deadpool 2.

We get his inner monologue about how he’d love to roll in “snow” and then at about the 1:30 mark comes the real, fast-paced brief tease for the movie, which looks like one hell of a violent good time.

In the end there’s a very special Deadpool Thanksgiving image on the easel that should be on walls nationwide, because it’s totally in the spirit of the season.

Deadpool 2 doesn’t have an official title yet, but it rolls into theaters on June 1, 2018.