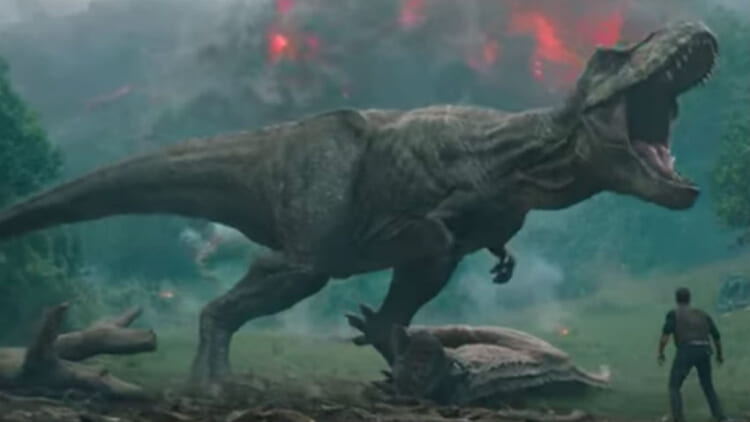 Jurassic World faced a little skepticism because it seemed like another instance of Hollywood milking an old idea for box office money. It ended up being a blockbuster and admittedly a pretty original dino thriller.

Here’s the synopsis from Universal:

When the island’s dormant volcano begins roaring to life, Owen (Chris Pratt) and Claire (Bryce Dallas Howard) mount a campaign to rescue the remaining dinosaurs from this extinction-level event. Owen is driven to find Blue, his lead raptor who’s still missing in the wild, and Claire has grown a respect for these creatures she now makes her mission. Arriving on the unstable island as lava begins raining down, their expedition uncovers a conspiracy that could return our entire planet to a perilous order not seen since prehistoric times.

Just to make sure you know there’s a serious thrill ride in store, the trailer ratchets up the tension nicely over two and a half minutes, until in the end it feels like there’s no way the leads are getting out of this alive.

Seriously, how do you easily escape an exploding volcano and hordes of terrified dinosaurs on foot and in a rolling glass ball?

We’ll have to find out when Jurassic World: Fallen Kingdom is in theaters on June 22, 2018.