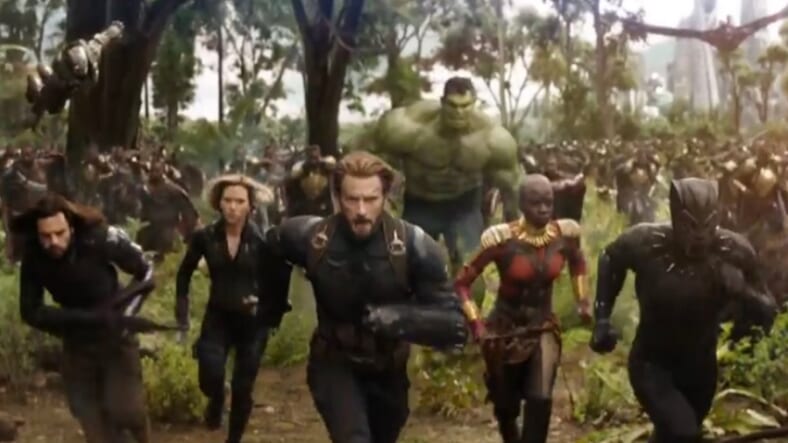 Fans love Marvel movies for the way stories tie together to flesh out the larger universe. With Avengers: Infinity War the whole band is together—from the Guardians of the Galaxy to Doctor Strange—and they’re going to need all that combined power.

While Marvel has kept the movie’s story under wraps, it looks like the Avengers and anyone friendly to their cause definitely are getting together because Thanos is far too much to handle.

The villain is a lavender giant after the Infinity Stones, a galaxy conquering god-man’s version of Pokemon, apparently. If he catches them all, he will be able to drop the “man” part and just be a god.

So this time the threat isn’t just to Earth itself, but pretty much all of time and space.

Iron Man, Spider-Man and the rest of the gang will have to fight this guy with more than just fists and sarcastic quips.

Avengers: Infinity War roars into theaters on May 4, 2018.