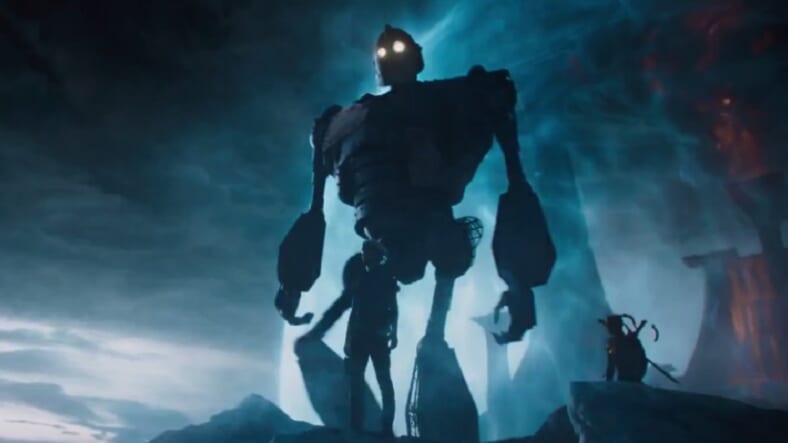 Steven Spielberg has been working on an epic science fiction film (we can agree he’s very good at that) about virtual reality. If the trailer the director debuted at San Diego Comic-con Saturday is any indication, it will be incredible.

Ready Player One, based on an Ernest Cline novel published in 2011 with the same title, was originally inspired to some degree by Willy Wonka. There’s a reclusive genius who hid a huge reward within the futuristic VR game he created, OASIS, and a young man seeks it out.

That’s where the similarities end. Tyler Sheridan plays Wade, born in a desolate mid-21st century world. He wishes he’d been born in the 1980s because the overcrowded and depleted America of his time is so damn bleak.

Wade enters Oasis via VR headsets and gloves and in that digital world encounters a stew of iconic characters and symbols from the past including the Iron Giant, Back to the Future‘s famed DeLorean, and if you look close, Freddy Krueger.

It’s ultimately a quest story—if it follows Cline’s novel, anyway. Spielberg apparently stuck to the plot, which he says “was like the most amazing flash forward and flash back at the same time to a decade I was really involved in, the 1980s, and to a future that’s out there waiting for all of us.”

There aren’t just great movie nods throughout, though—apparently, fans of classic video games will see a ton of Easter Eggs as well.

Spielberg says Ready Player One will be in theaters in March 2018.