“I was just thinking the only thing that’s missing right now is a giant crocodile.” 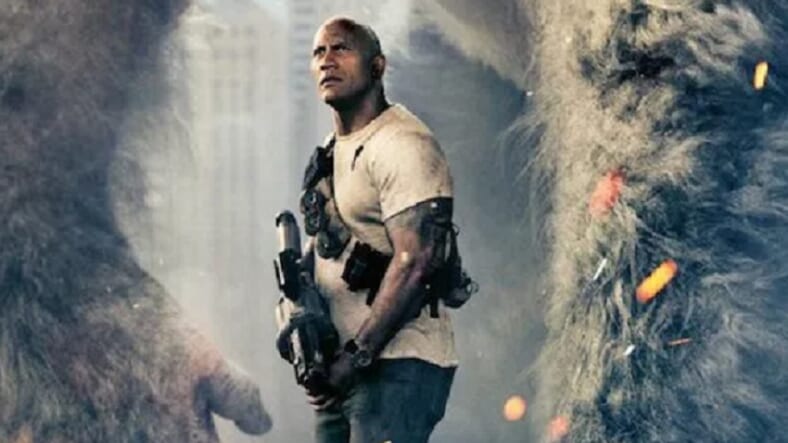 Rampage features a boatload of giant monsters and only one of them is Dwayne “The Rock” Johnson.

The first trailer for the action superstar’s mega-beast disaster flick just dropped, and though the premise sounds bonkers enough to be funny, this preview succeeds in making it clear Rampage has some huge thrills in store. Here’s a synopsis:

Primatologist Davis Okoye (Johnson), a man who keeps people at a distance, shares an unshakable bond with George, the extraordinarily intelligent, silverback gorilla who has been in his care since birth. But a rogue genetic experiment gone awry mutates this gentle ape into a raging creature of enormous size.

To make matters worse, it’s soon discovered there are other similarly altered animals. As these newly created alpha predators tear across North America, destroying everything in their path, Okoye teams with a discredited genetic engineer to secure an antidote, fighting his way through an ever-changing battlefield, not only to halt a global catastrophe but to save the fearsome creature that was once his friend.

Well hell yes, that has everything you need, right? The Rock as a gentle scientist, a highly intelligent gorilla that uses sign language, and the destruction of a major metropolitan area.

Rampage lumbers and crashes into theaters on April 20, 2018.