Festivus for the rest of us! 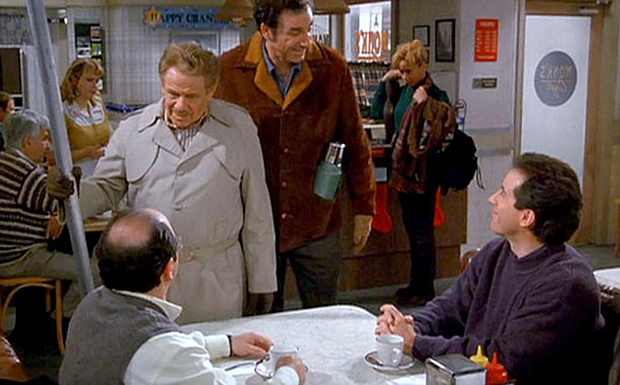 More often than not, a headline that begins with “Florida Man” does not end well, but this time is different: Your new hero Chaz Stevens of Jupiter, Florida, has won approval to display a “Festivus Pole” in the Oklahoma Capitol rotunda starting next Wednesday.

The pole was created in the spirit of the anti-holiday made famous by Seinfeld, devoted to the airing of grievances and performing feats of strength. The six-foot high Oklahoma City Festivus pole will be wrapped in a rainbow-colored flag and topped with a disco ball — in a nod to the progress of gay rights, including the legalization of same-sex marriage nationwide. Earlier this year, Oklahoma’s Supreme Court ordered the removal of a permanent Ten Commandments display at the same rotunda.

“Out goes the Ten Commandments. In comes the gay pride Festivus pole,” Stevens told Fox News. “It’s a beautiful way to talk about 2015.”

Stevens is seeking approval to display similar flags in multiple states, and told Fox he expects a pole to go up in Florida, Georgia, Illinois, Michigan, and Washington. Arkansas denied his application, and his bid is still pending in other states, according to Fox News.

Three years ago, a Festivus pole was first erected in Florida, made out of Pabst Blue Ribbon cans. That’s a holiday display we can get behind.