Crank it up for the Christmas sweaters. 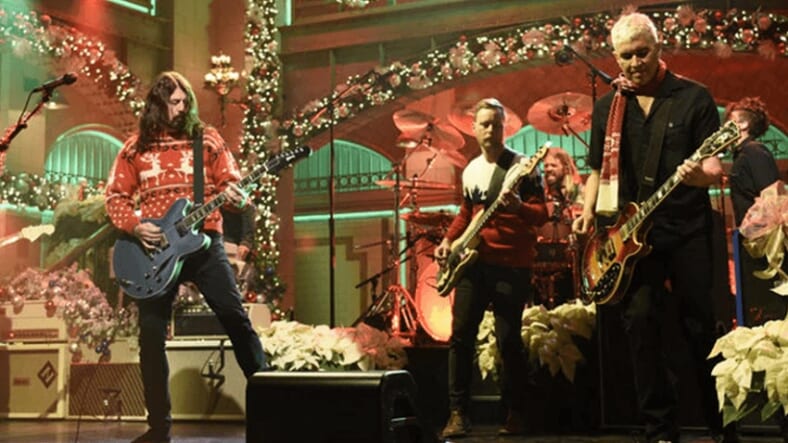 The Kevin Hart-hosted Saturday Night Live Christmas episode wasn’t well-liked on social media. Many viewers had issues with Hart’s opening monologue about the perils of being a dad, and most sketches were unmemorable.

The highlight of the night was Foo Fighters, by a long shot. Of course Dave Grohl and his band killed it in their first set of the night with a recording studio-perfect performance of “The Sky Is a Neighborhood.”

But they probably created a classic SNL musical moment with their second set (first video above.) Grohl delivered a quiet, meditative performance of “Everlong” that segued into a medley of “Christmas (Baby Please Come Home)” and—hilariously—”Linus and Lucy.”

If Twitter hated Kevin Hart’s bit at the beginning, viewers were there for Foo Fighters, 100%.

The Foo Fighters incorporated acoustic Everlong, Christmas (Baby Please Come Home), & the Peanuts theme into one performance. Give them all the holiday awards. 🎄🎸 pic.twitter.com/KszRLAbnFp

The Foo Fighters are so great – no other band would go on SNL, take one of their biggest hits, and extent it into a Christmas medley while wearing Christmas gear. A+

I think a much better Saturday Night Live would have the Foo Fighters playing music for 6 segments and then have 2 segments of SNL skits in the usual musical guest spots.

And they couldn’t have done it at all without those ugly Christmas sweaters.