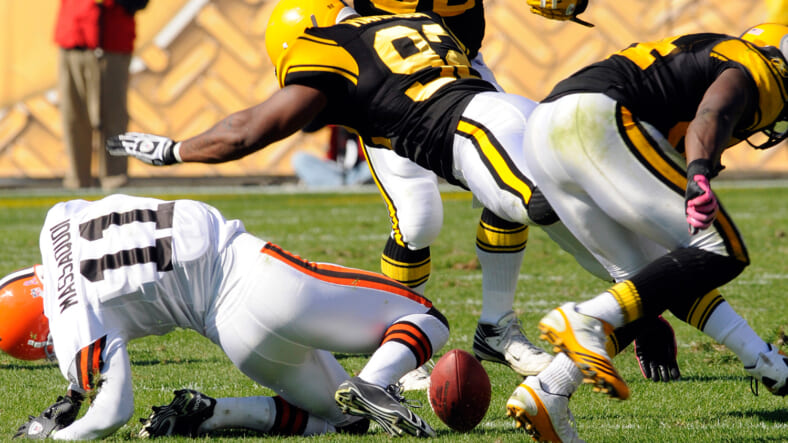 In this day of Concussion, CTE and retired NFL players offing themselves before they turn 50, is it still OK to marvel at huge football hits? We’re not sure, but we do know that it’s very, very hard not to. Just watch this video and you’ll see what we’re talking about.

The collective reaction to these kind of monster hits has morphed into more of a cringe now than fist pump over the last few years. We still marvel at the raw power of these hits, sure but we don’t really celebrate what’s probably happening to the brain of the guy on the losing side. It’s all the unknowns that make these hits so scary.

There is one instance, thought, when it makes sense to celebrate this savagery, and that’s when the player who’s just been knocked silly dusts himself off and leads his team to a huge win. A perfect example comes 41 seconds into this supercut, with former Louisville Cardinal and current Viking Teddy Bridgewater getting nearly decapitated on a tackle.

I’ll admit my bias as a Louisville fan, but even the neutral could appreciate what Bridgewater did after this hit, which came on Louisville’s second offensive play of the game: He got up, composed himself and led Louisville to a 33-23 win over Florida while throwing for two scores and 266 yards.

After the game, Bridgewater said, “Whenever you take a shot like that, it wakes you up.” Turns out Florida should have let him stay asleep.