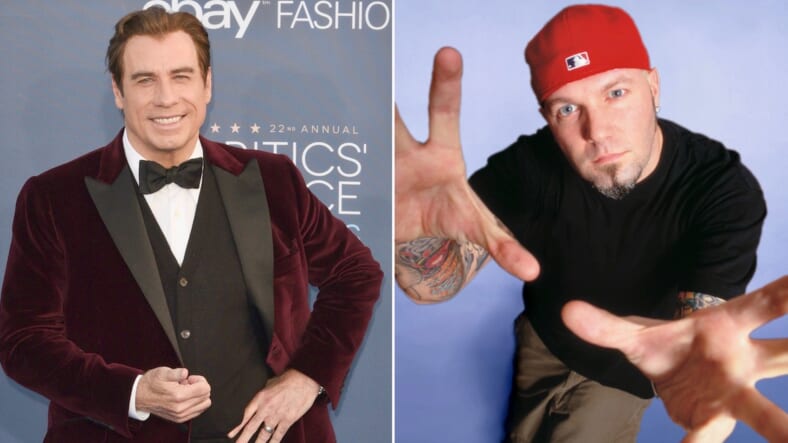 Fred Durst, the lead singer of ’90s and ’00s rap/rock group Limp Bizkit, has begun production on his semi-biopic Moose, which he co-wrote and will also direct.

That’s not all: John Travolta has been cast as the lead role, a crazed stalker who becomes obsessed with a major action star, to be played by Devon Sawa.

“As Moose’s obsession grows stronger, his fixation turns from stalking to ambition of destroying the star’s life — a story inspired by a real-life fan who stalked Durst many years ago,” a synopsis from Variety reads.

So the movie will not exactly be a Limp Bizkit biopic but rather is inspired by events that befell lead singer Fred Durst. But note that Durst has made his movie alter-ego a “celebrity action hero,” per Variety.

You may have missed it, but Durst has actually directed two movies before: his 2007 debut The Education of Charlie Banks and his 2008 follow-up The Longshots. Both are certified “rotten” on Rotten Tomatoes.