The 13 Craziest Kill Scenes From ‘Friday the 13th’, Ranked 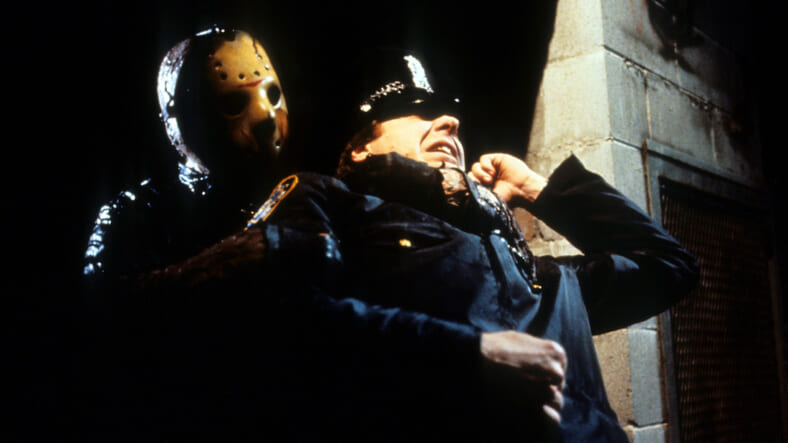 Because it takes some perverse creative ingenuity to stand out as the best and grisliest among 199 kills, we figured we would pay credit where it was due, today being Friday the 13th and all.

Let’s relive the 13 craziest kills from the iconic horror franchise, whether they were at the murderous hands of Jason Voorhees, his copycat in Part 5 or his vengeful, sweater-wearing mother in Part 1.

May this serve as a cautionary blog to any attractive teenagers who want to go camping this Friday the 13th weekend.