We’re ready for this. 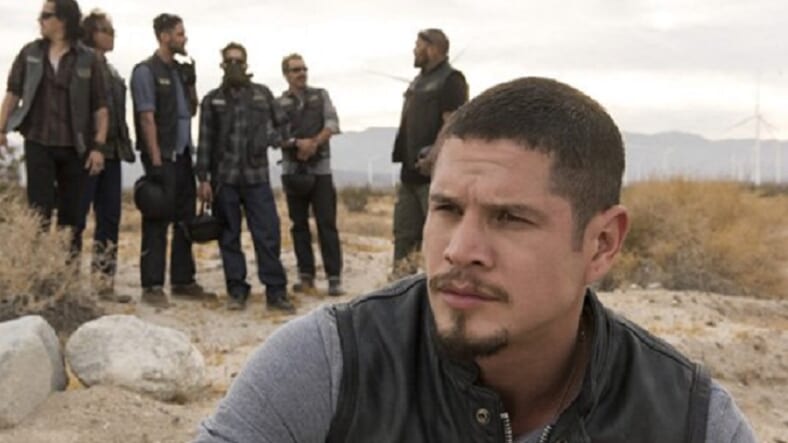 We’re going back into the world of Sons of Anarchy thanks to Kurt Sutter and Elgin James—but from a different angle. After recasting and re-shooting the pilot, FX has picked up spinoff Mayans MC for a 10-season run.

While Mayans MC takes place in a Sons of Anarchy universe following the death of Sons lead Jax Teller, it focuses on EZ Reyes. A former “golden boy,” he’s just out of prison and ready to run with the Mayans as they work either side of the California-Mexico border.

The FX breakdown of the show indicates he’s got a long way to go in establishing himself as an outlaw.

Sons hung it up with Teller’s suicide a few years ago. In the earlier series the Mayans were a competing crew peddling heroin, but they’re front and center here.

Variety quoted FX original programming president Nick Grad, who emphasized that while Mayans “builds on the legacy” of the earlier show, it’s taking the story “in a thrilling new direction that we can’t wait for the world to see.”

Mayans MC has been through some hiccups. Kurt Sutter directed the first version of the pilot but was moved to executive producer for the re-shoot.

If behind-the-scenes shots above from his Instagram are any indication, he’s not bitter about that.

Mayans MC doesn’t have an exact premiere date, but rolls out at some point in 2018.