The stunning superhero has a psychedelic new look for #WW84. 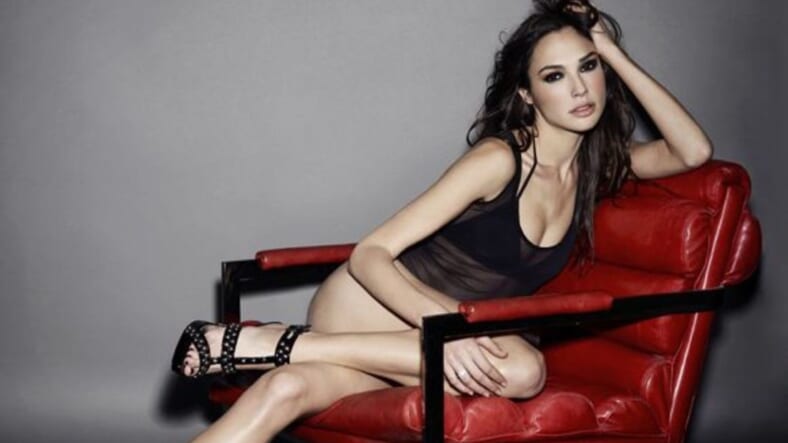 In a poster posted to Instagram on Wednesday, the former Israeli model-turned-Hollywood headliner appears in form-fitting gold body armor and surrounded by a colorful, almost psychedelic, “W” design.

“Although all of us at Warner Brothers won’t be seeing you at SDCC, Hall H this year,” Gadot wrote in reference to the entertainment company’s decision to skip San Diego Comic-Con 2019, “We are so excited for what’s to come. So until then here’s a little gift from us to you.”

By now you’ve heard: WB isn’t going to Hall H this year. We’re so sad to miss you there! And waiting until Dec. to start our official #WW84 campaign in full–  But the truth is… we can just… barely… wait… pic.twitter.com/QllFzhYRA6

The reveal sparked an influx of celebratory reactions from fans who noted that the miniskirt the Amazonian warrior wore in 2017’s World War I-set Wonder Woman is gone, and the poster’s design is decidedly pro-“queer culture.”

The Wonder Woman 1984 poster is so dope pic.twitter.com/5axb1NoqOz

You: The best superhero movies are DARK and MONOCHROME to show that they're SERIOUS and GRITTY.

Here’s a short synopsis of the upcoming movie, per Yahoo:

The sequel to 2017’s Wonder Woman finds Diana Prince getting pulled into the Cold War during the Reagan Era and going up against a new villain, Cheetah (Kristen Wiig). Diana’s Wonder Woman love interest Steve Trevor (Chris Pine) also appears in the ’80s-set story, despite seeming to have died in World War I.