“I’m not gonna lie, it was horrible.” 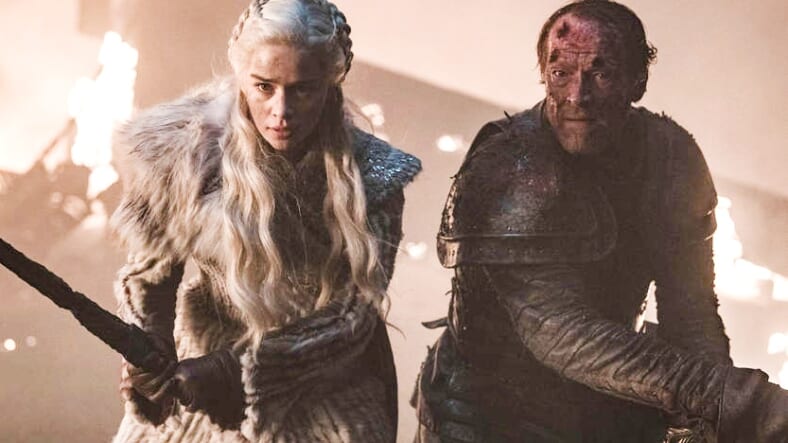 By now the third episode of Game of Thrones‘ final season, “The Long Night,” is legend. The longest battle committed to film in one of the most popular TV shows ever, it marked the end of the Night King and the army of White Walkers and saw the deaths of some major characters.

It should come as no surprise—as is revealed in the behind-the-scenes video above—that filming the episode was an absolute slog from beginning to end. And it took nearly two months.

As one of the stunt coordinators says in the video: “I’m not gonna lie, it was horrible.”

Emilia Clarke backs that up, saying in one scene it was 14 degrees below zero—”Too cold to snow.” That alone illustrates how rough it got.

If you don’t believe anyone in the video, you could also ask country star Chris Stapleton. That’s not the left-hand turn it sounds like—he was there.

Stapleton has won multiple Grammys but this is probably the thing that will make him a crossword clue or a question on Jeopardy! first.

Even though the video makes clear how much work and planning went into “The Long Night,” we’ve still got the final episodes to go—plenty of killing to be done.