Cersei Lannister is going down. 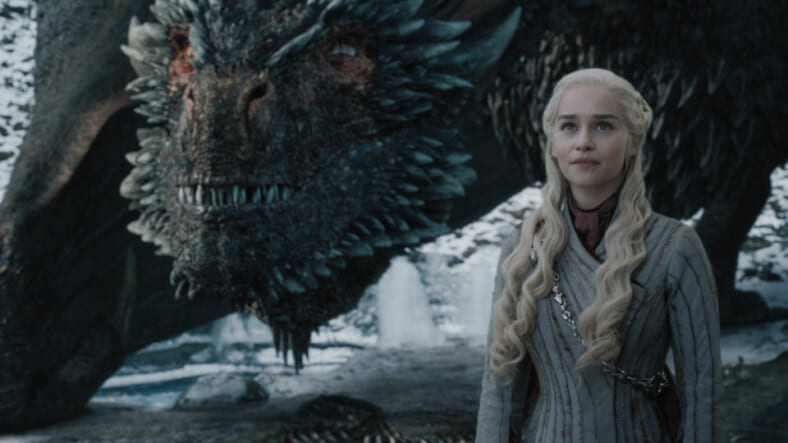 The Night King is dead, so there’s that. But Game of Thrones is not done, not by a long shot. In episode 4 of the show’s final season, war is still in the offing and this time it’s Cersei Lannister (Lena Headey) who is in the crosshairs—and the Iron Throne is on the line.

HBO released images from episode 4 on Wednesday and they show that those who survived the Battle of Winterfell in episode 3—”The Long Night”—didn’t get out unscathed. There are also plenty of the dead to mourn.

But the hero of Winterfell, Arya Stark (Maisie Williams), is looking kind of shell-shocked even though she appears to have only suffered a black eye for her trouble.

In the episode 4 preview Daenerys Targaryen (Emilia Clarke), even if she is mourning the lost Dothraki, has set her sights on going up against the Golden Company of Braavos and Cersei.

However much she may be in mourning, the image of her with one of her dragons shows someone who is still willing to fight.

But is Jon Snow (Kit Harington) worn out by now?

He’s obviously part of the throng mourning those who lost their lives against the White Walkers: many Northerners and Unsullied, as well.

After the much-touted battle in the previous episode, fans must be wondering how Thrones will top itself. For one thing, the final installments need to be more well-lit. For another, plot threads need to be tied into a bow.

Is Cersei leaving the Throne by force, in the end? Will the war-weary Northern forces be able to stand against the forces loyal to her?

Episode 4 is set to be an hour and 18 minutes long. We’ll have a much better idea of how things work out when it airs Sunday night on HBO at 9 p.m. ET.