“There may be surprises up there.” 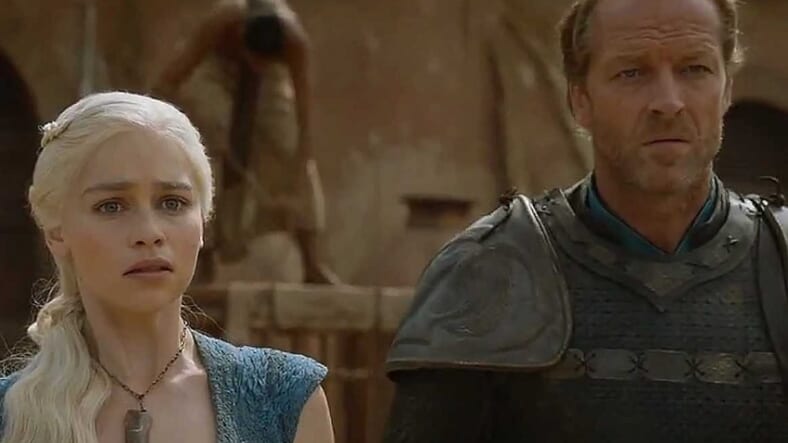 This isn’t a spoiler, we promise. However, actor Iain Glen, who plays Daenerys Targaryen confidante Ser Jorah Mormont on Game of Thrones, hinted in a recent interview that the series finale might be controversial.

Speaking with The Indian Express, Glen said he’s read the entire script for the blood, dragons, and boobs drama’s season 8 finale—set to air in 2019—and it just won’t satisfy some.

The Express asked Glen if fans will have a sense of closure at the end. He said he hoped so, but “I can’t tell.”

He is “one of the few people who has read the script,” Glen said, “and I know the ending and what happens.”

Glen said he thought the ending was “rather brilliant.” He also told the Express he’s a fan of the show, and “it satiated my expectation and hopes.”

“But we will just have to see,” he said later in the interview, “You know with something this big like Game of Thrones, you cannot please everyone.”

Glen went on to say that while the show’s massive success took cast and crew by surprise, Thrones and HBO were a “perfect match.” He also reportedly said it’s “rare to find a production company who put the finances that were required to create a very diverse world.”

The actor couldn’t resist doubling down on priming fans for an epic final season in general, saying “There may be surprises up there. You will have to see what happens up ahead.”

Game of Thrones begins its final season in just over a year.

If there’s one thing fans have learned about this show, it’s that they should be ready for something shocking in every episode.