Turns out dragons aren’t that complicated. 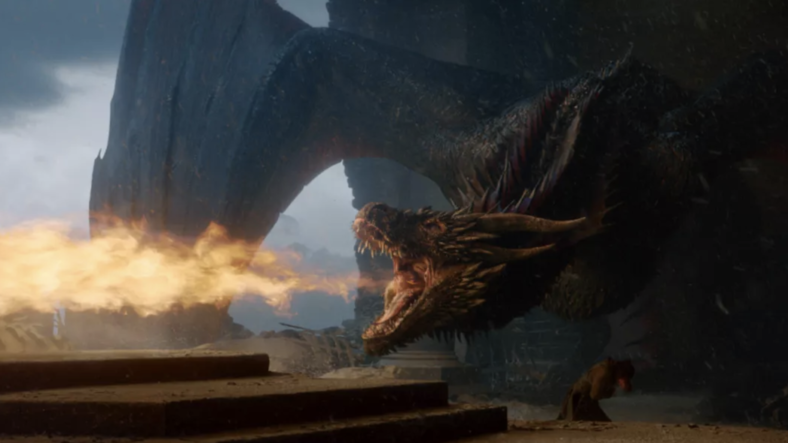 Even though many fans hated Season 8 of Game of Thrones—the final episode, in particular—they haven’t stopped discussing it. That’s in great part because showrunners D.B. Weiss and David Benioff made some seriously mystifying choices.

One of those choices was to have Daenerys Targaryen‘s (Emilia Clarke) remaining dragon, Drogon, melt the iconic Iron Throne with a sustained stream of fire after Jon Snow (Kit Harington) stabbed her to death to prevent her from truly becoming a murderous tyrant. As that script was nominated for an Emmy, it is now available online, and it reveals exactly why the enraged dragon behaved as it did.

In the end, it seems like dragons aren’t all that sophisticated, emotionally-speaking. The Iron Throne was melted because it was in the wrong spot. Here’s the tell-tale excerpt from the script (which is currently locked down for some reason):

Drogon wants to burn the world, but he will not kill Jon. He breathes fire on the back wall, blasting down what remains of the great red blocks of stone. We look over Jon’s shoulder as the fire sweeps toward the throne – not the target of Drogon’s wrath, just a dumb bystander caught up in the conflagration.

Basically, the Iron Throne, the focus of so much of the entire series, was destroyed in a tantrum.

Nobody said this would be the most satisfying answer to a mystery.

So there you have it. Just one more thing for fans who found themselves wanting a very different resolution to the show’s dramatic arc to get mad about.